CHICAGO - Chicago police are asking for the public's help in locating a missing 24-year-old woman and 2-month-old girl.

The two missing individuals, identified as Selena Torres and Cielo Arriaga, were last seen in the vicinity of 56th Street and Wolcott Avenue in the West Englewood neighborhood.

Torres is described as a white Hispanic woman with brown eyes and black hair, standing 5-foot-2 and weighing 160 pounds.

Arriaga is described as a white Hispanic girl with brown eyes and black hair. 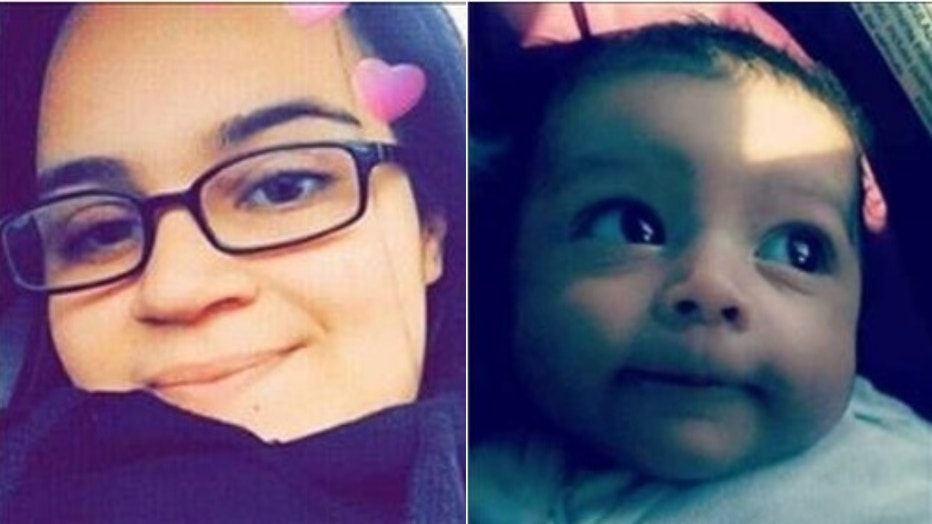 Anyone with information on their whereabouts is asked to contact Chicago police detectives at 312-747-8380.