NAPERVILLE, Ill. - Bond was set Friday for two individuals charged with murder in the shooting death of a man in west suburban Naperville.

On August 29, shortly after 2 p.m., Naperville police responded to a call of shots fired in a parking lot on Amersale Drive.

Suspects 20-year-old Robert Chatman-Jones and 19-year-old Desire Gray had met two men in the parking lot to purchase a gun, according to police. During the deal, victim Coreon Davis told Chatman-Jones he was "short" on the amount of money they had agreed to pay for the weapon.

A struggle then began between the two men, which is when Chatman-Jones allegedly pulled out a gun and opened fire, striking Davis and another man Davis was with.

Davis was struck in the head and left hand, police said. The other man was hit in the left leg. Both were transported to an area hospital, and Davis was pronounced dead.

Chatman-Jones and Gray fled the scene after the shooting and were taken into custody the following day in west suburban Aurora.

"I commend the Naperville Police Department for their truly exceptional police work that enabled us to take these defendants into custody just one day after the murder," DuPage County State’s Attorney Robert B. Berlin said in a statement.

Bond for Chatman-Jones was set at $4-million. Bond for Gray is $1.5-million. 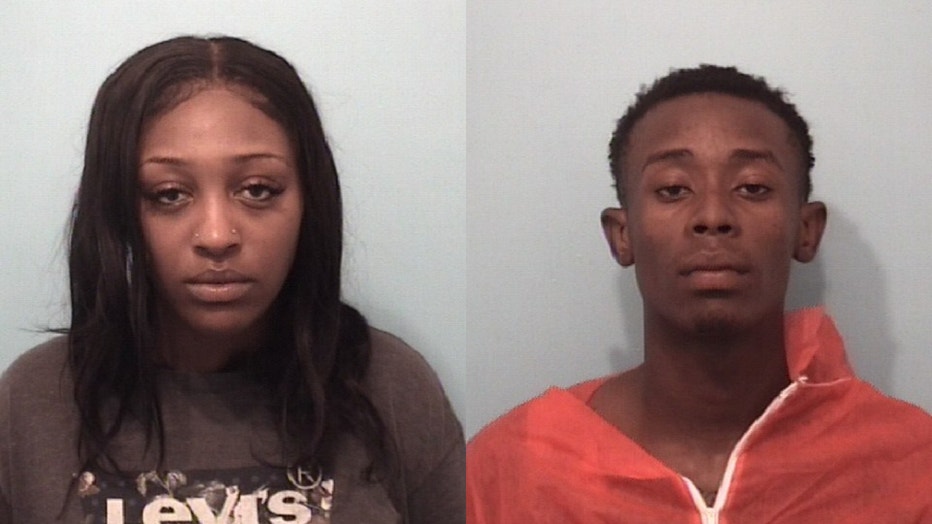 Both are charged with first-degree murder, aggravated battery – discharge of a firearm, and attempted armed robbery.

"The Naperville Police Department has no tolerance for gun violence in our community and will relentlessly pursue anyone who commits such a reckless and dangerous act in our city," Naperville Interim Chief of Police Jason Arres said in a statement. "We are deeply troubled by the loss of life in this instance, but to have someone in custody in this case within twenty-four hours is a testament to the great work of our investigations personnel and their dedication to the citizens of Naperville. Not only did our investigators catch the offenders, they also took a number of illegal firearms off the street during this investigation."

Chatman-Jones and Gray’s next court appearances are set for September 28.

"Illegal gun sales and the violence that can erupt from such transactions, as is alleged in this case, will not be tolerated in DuPage County. Considering this violence allegedly occurred in a heavily populated commercial district in the middle of a Sunday afternoon, we are very grateful no innocent bystanders were injured," Berlin added.