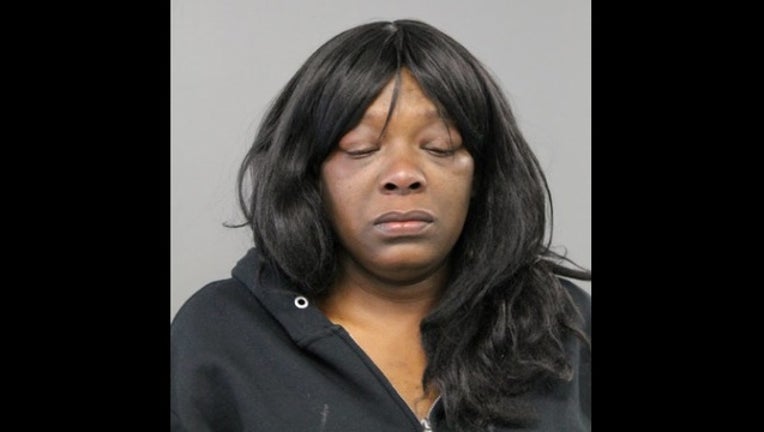 CHICAGO (Sun-Times Media Wire) - A woman is facing felony charges after allegedly shoving her teenage daughter down a staircase and beating her with a hammer and a glass bottle early Thursday at their home in the West Side Austin neighborhood.

Brenthia Shannon, 39, was charged with two counts of aggravated battery, according to Cook County prosecutors and court records.

When Shannon woke up, around 4 a.m. Thursday, she attacked her 14-year-old daughter, pushing her down the flight of stairs, according to prosecutors and Chicago police. The attack continued when Shannon used a hammer and a glass bottle to repeatedly strike her daughter in the head and face.

On Friday, a teacher at the daughter’s school noticed she had suffered lacerations to her nose and ear when the girl asked for a bandage, prosecutors and police said. She was then taken to Stroger Hospital for treatment.

Shannon was later arrested that afternoon at the Department of Child and Family Services offices at 1026 S. Damen, police said. Jassen Strokosch, director of communications for DCFS, told the Sun-Times that the agency is investigating allegations of abuse related to Thursday’s incident.

“Shannon was the subject of a prior DCFS investigation in 2009 that we determined to be unfounded,” Strokosch said.

Prosecutors noted that Shannon has an extensive criminal history that includes five felony convictions. In 1999, she pleaded guilty in Cook County court to the same set of charges she now faces, records show.

On Sunday, Judge Michael Clancy ordered Shannon held on $30,000 bail, meaning she will have to post $3,000 to be released from the Cook County Jail. If Shannon is released from custody, the conditions of her bail will prevent her from coming into contact with her daughter.

Her next court date was set for Friday.