Woman spots face in clouds above Las Vegas amid flooding

A Las Vegas woman spotted a cloud formation that resembled a face above the city amid flood-causing rain on July 18, 2021. Credit - Amber Mayorga via Storyful

LAS VEGAS - A woman spotted what resembled a face in the clouds above Las Vegas, Nevada, this week as the area was hit with heavy rain and flash flooding.

Amber Mayorga recorded a video from her backyard on July 18, telling Storyful that she just happened to look up and see "what looked like a very clear face."

"It stayed up there for quite some time and appeared to be looking down at the Las Vegas valley," Mayorga said.

A local meteorologist shared Mayorga’s footage on Facebook, prompting dozens of responses from people claiming to see a variety of famous and fictional people. James Dean, Elvis Presley and Professor Snape from "Harry Potter" were all suggested. 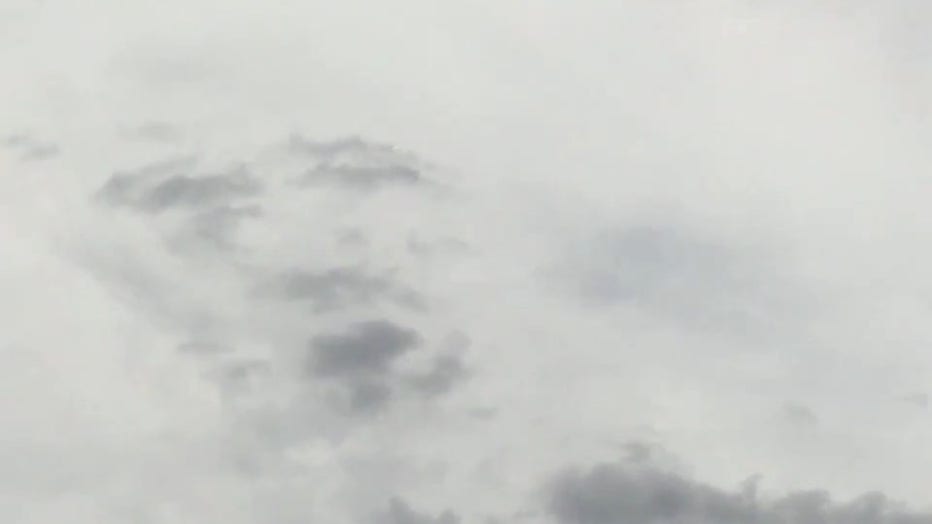 A screengrab from the video recorded by Amber Mayorga shows what looks like a face in the clouds above Las Vegas, Nevada, on July 18, 2021. (Photo credit: Amber Mayorga via Storyful)

According to the University of New South Wales, seeing faces in everyday objects is a phenomenon called face pareidolia. Researchers say humans process these fake faces using the same mechanisms of the brain that are used to recognize and interpret real human faces.

A woman in Scotland claimed to see the face of Jesus on the skin of a potato she had recently bought at the supermarket. Another woman in Orlando, Florida, recently spotted clouds that appeared to be shaped like Disney characters over the Universal Orlando Resort.