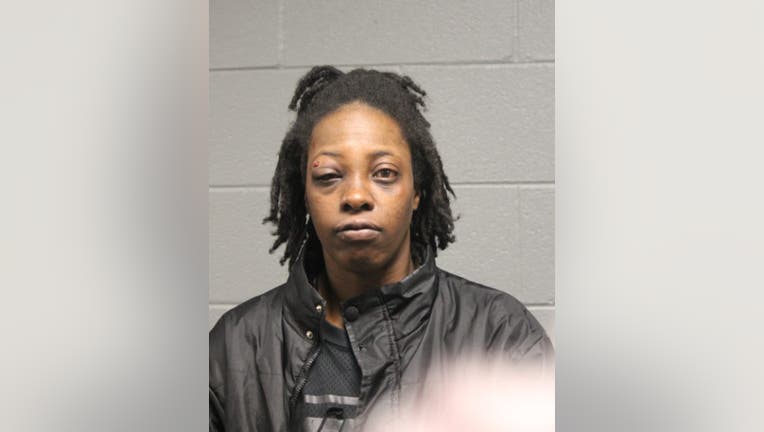 CHICAGO - A woman with a history of mental illness allegedly attacked a street musician with a steak knife Tuesday on a downtown CTA platform, destroying his guitar and nearly pushing him onto the L tracks, prosecutors said in court Thursday.

Barbara Johnson, 38, faces two felony counts of aggravated battery and a misdemeanor count of criminal damage to property in connection to the stabbing at the Red Line platform at Jackson.

The attack began about 1:30 p.m. Tuesday when Johnson, who did not know the performer, approached him and unplugged his guitar amplifier, prosecutors said.

Johnson shoved him toward the tracks, nearly pushing him over the edge, and punched him several times, prosecutors said. 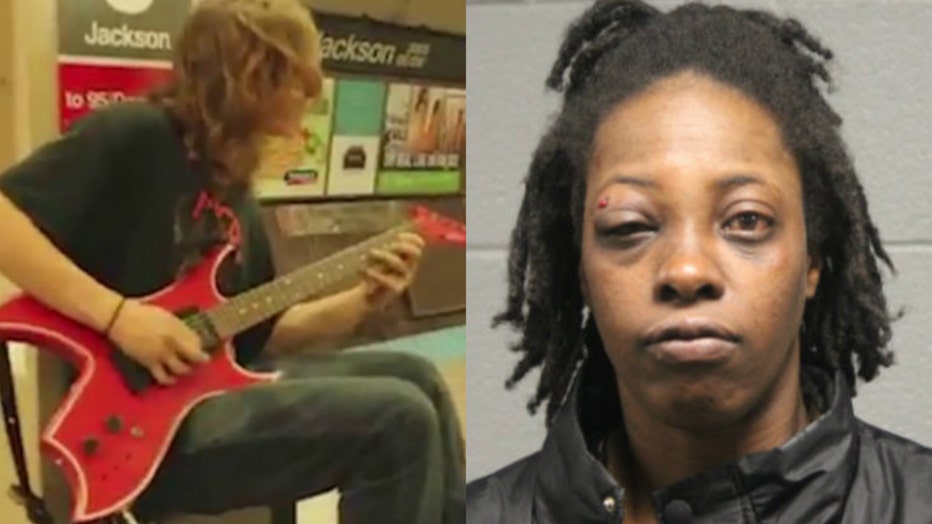 Johnson was arrested by officers at the station and was identified by witnesses and the victim, prosecutors said

Her public defender said she has a history of mental health illnesses, is a life-long Chicago resident and attends St. Sabina Church.

A woman who identified herself as the street performer’s sister told the Sun-Times, “The woman who stabbed him also destroyed his only means of work.”

Johnson is due back in court Feb. 11.