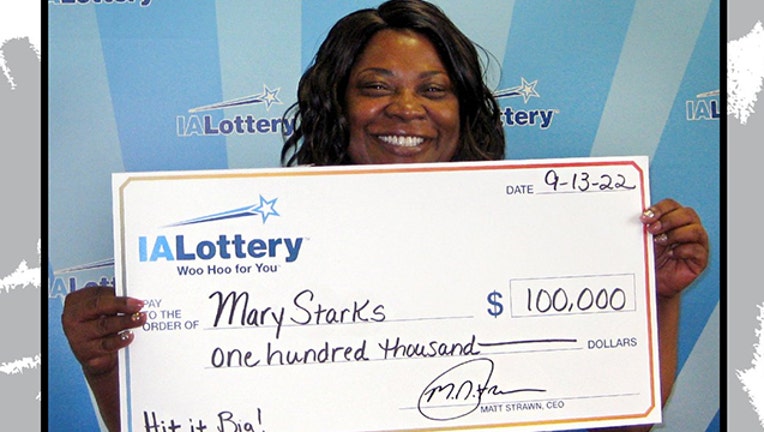 An Iowa woman has now won two $100,000 lottery prizes in a little more than two years.

"It was exciting and kind of scary and unbelievable," said Starks, who also won a $100,000 prize in March 2020 in a different scratch game. "Really unbelievable to have it happen twice."

Starks bought her winning Hit It Big! ticket at ExpressLane in Davenport. She said she usually plays Crossword tickets, but decided to try something new.

Starks said she plans to use her winnings to pay off debt and maybe start a business.