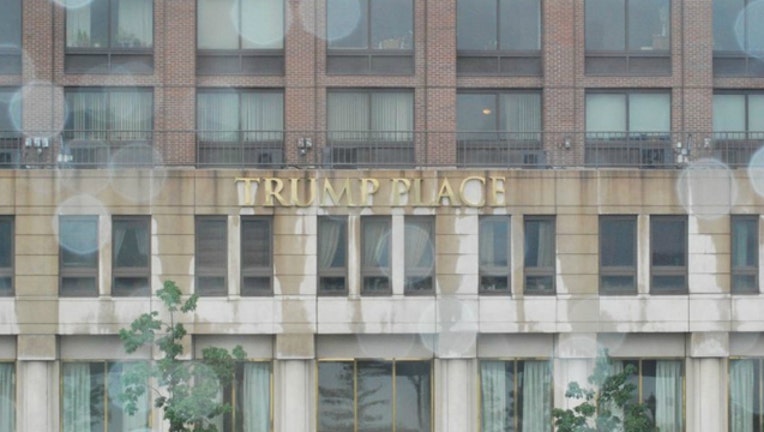 In some places, a shadow of the old name lingered. The workers scraped and power-washed the surface where the letters had been.

Hundreds of residents had signed a petition to remove the name after the release of a recording of Donald Trump boasting about kissing women without their consent.

The Chicago-based company that bought the buildings in 2005 says the goal was a "neutral building identity." Equity Residential chairman Sam Zell tells The New York Times the petition signed by tenants had "no role" in the decision.

This story has been corrected to show the name of the properties was Trump Place, not Trump Plaza.