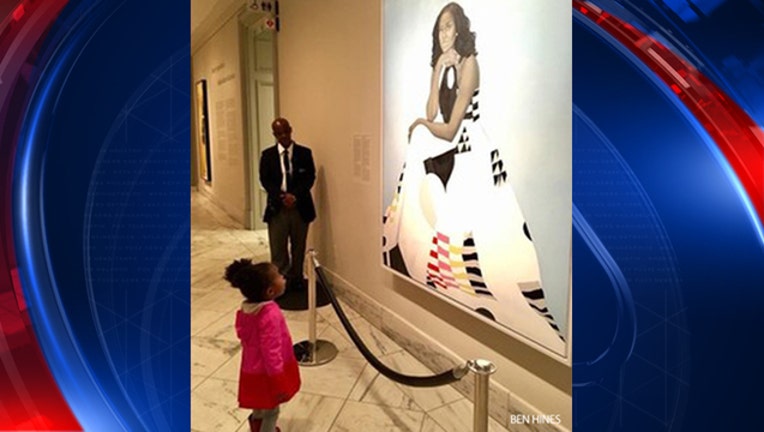 WASHINGTON - Earlier this year, a young D.C. girl captured the hearts of many on social media after a photo of her staring at the portrait of Michelle Obama at the Smithsonian National Portrait Gallery went viral. Now, it’s not a huge surprise what Parker Curry’s Halloween costume would be this year.

After the viral moment happened, Parker ended up meeting the former first lady in person where they would dance to Taylor Swift’s “Shake It Off," Parker’s favorite song.

For Halloween, the now 3-year-old posted on her Twitter page a photo of herself in a similar pose to the portrait that she was in awe of.

Obama definitely noticed Parker’s costume for Halloween, writing on Twitter, "You nailed the look, Parker! I love it!!!!" along with a heart emoji.

The portraits of former President Barack Obama and Mrs. Obama were unveiled in February and each created by African American artists. Michelle Obama selected Amy Sherald, a Baltimore-based artist, to create her official portrait for the museum.