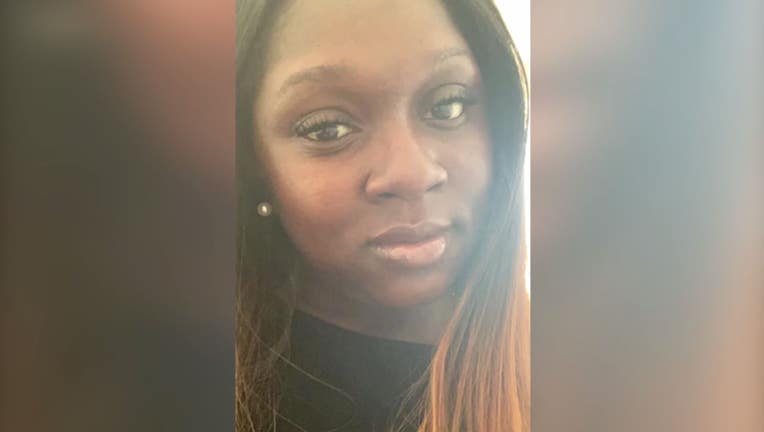 CHICAGO - A shooting outside a bar in Dolton is the latest show of gun violence, once again taking the life of a young mother.

Family described victim Angelneka Smith as a loving mother, happy-go-lucky, with a positive attitude. Dozens of people gathered outside her home Sunday night, remembering her with candles and prayers.

"She didn’t deserve to go like this. My daughter was a wonderful person, giving, caring. I don’t understand," said Keith Ford, the victim's father.

Just 31-years-old and the mother to a 6-year-old girl, the mayor of Dolton said Smith was killed in a domestic dispute that began with an argument inside Sand Piper Lounge at 144th and King Drive around 1 a.m. Sunday.

The arguing continued outside when the man pulled out a gun and shot Smith in front of a large crowd. A neighbor who lives across the street from the bar says he heard at least 15 shots.

“All you can really do is get on the floor and hope it ends real soon and nothing tragic happens," said Kewan Watts.

These are difficult days for Dolton residents. There have been eight fatal shootings this year, including four homicides in the last two weeks.

“We could stand some more police officers but this community is safe and these are all isolated incidents, so rest assured that we will get in front of this," said Dolton Mayor Riley Rogers.

The mayor said in the police officer-involved shooting last month, both suspects have been taken into custody. Meanwhile, the shooter who killed a mother of four in front of her children has been identified an a warrant has been issued for his arrest.

Dolton police say in the murder of Smith, they have identified the killer and are actively trying to bring him into custody.

Young mother shot, killed in Dolton: ‘She didn’t deserve to go like this’