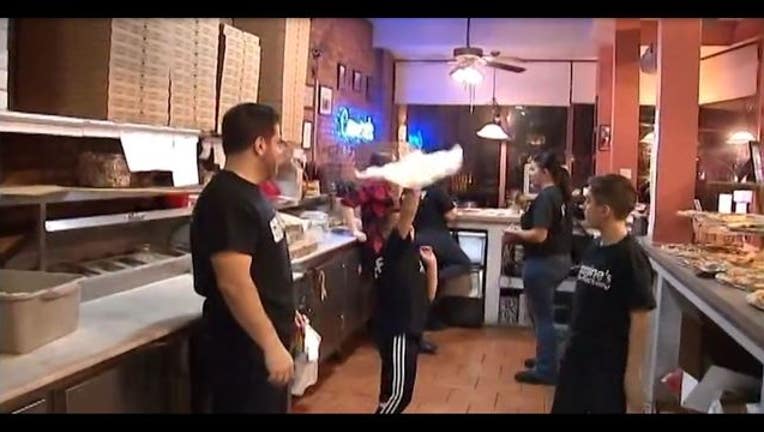 Five years ago, the Testa brothers started to go to work with dad at Carmine's Pizza in Jersey City, New Jersey, because their baby sister was colicky. Dad gave them a couple of rubber "practice doughs" to play with.

Soon, the boys had developed skills that attracted a following on the internet.

Rules, unfortunately, prohibit those younger than 18 from competing. But the kids have gotten to travel to different TV shows to show off.

"It takes me places and makes me go on airplanes that are fun," Nicholas Testa told WNYW.