ZOLFO SPRINGS, Fla. - Aaron Brown was driving down Parnell Road when he spotted something on his family's property that required a second look.

That big snake turned out to be a 16-foot Burmese python. 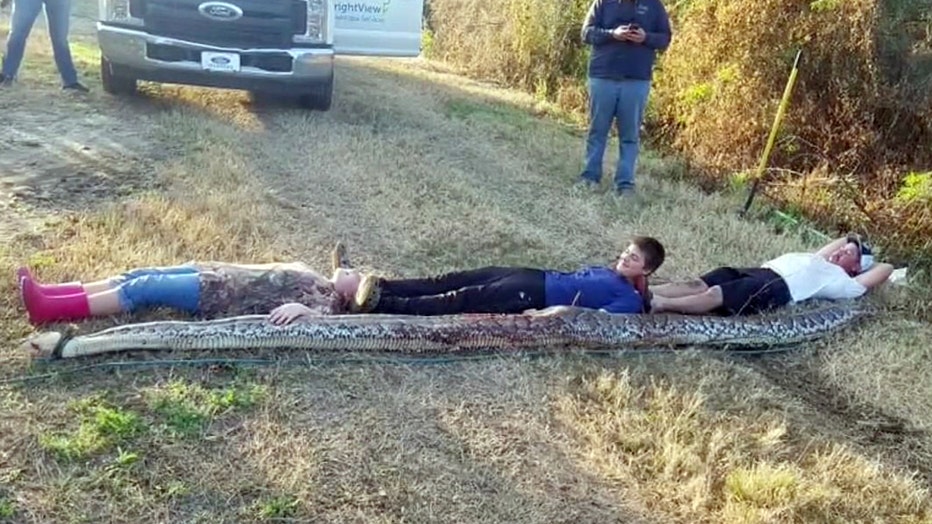 After it slithered into a culvert, Aaron, William, and William's son Hunter went to work.

The family didn't give up. After hooking and shooting the snake, the fight was over.

"Once we got him pulled out, it was like, 'My God! What a snake!'" William recalled.

And it's the biggest snake ever reported to be found in Zolfo Springs. 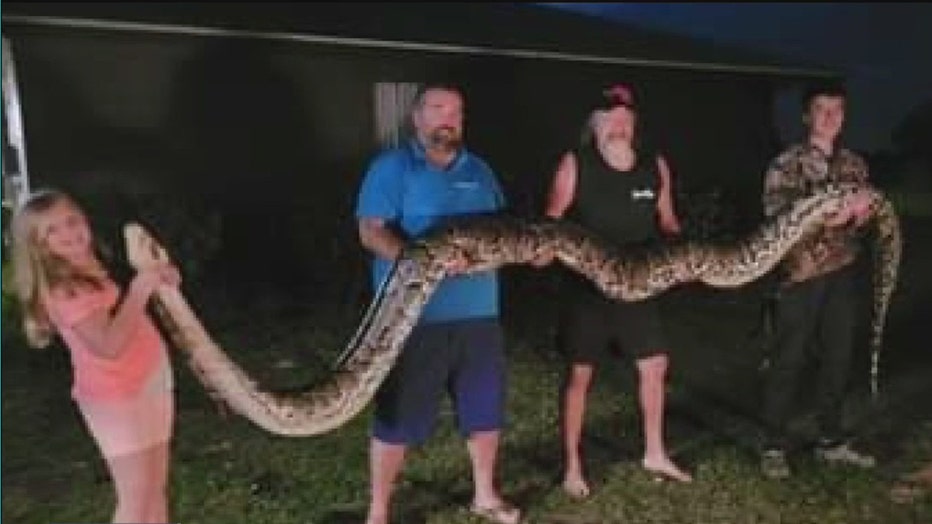 "We measured him and laid him down and the two kids down beside him to get a rough idea and ended up finding a tape measure," said William.

"We've run these woods and run barefooted in and out and never seen anything like that big," William said.

"We are down in the Everglades trying to stop these pythons from migrating further north in all directions," said Crum.

He took the snake to have it skinned and examined. Inside he found 100 eggs. 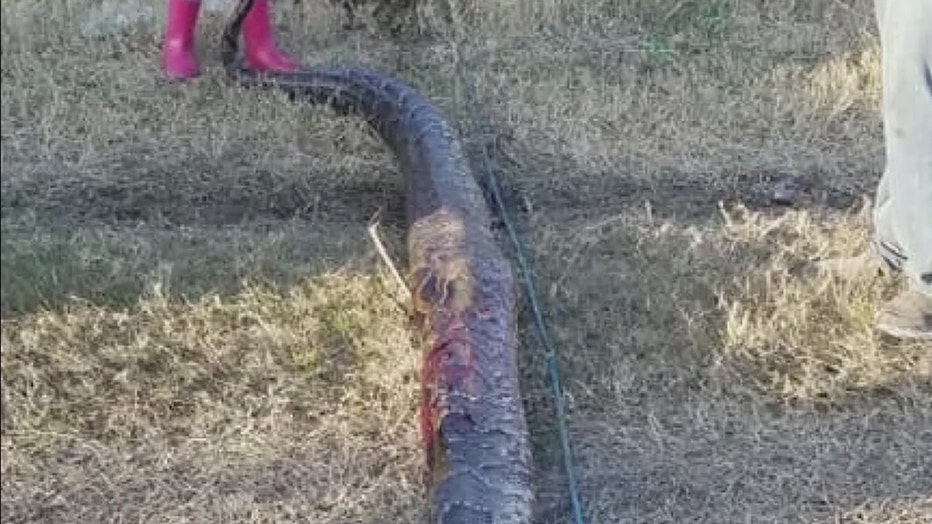 Pythons are appearing in other places than the everglades. On Monday, FWC officers worked with the Charlotte County Sheriff's Office to capture a 9-foot python near Rotonda/Englewood in Charlotte County.

"Hopefully this is a rogue snake and they haven't migrated this far north. These boys stopped an invasion by eliminating a big breeding snake like that," said Dusty.

With the snake now gone, Aaron and William are keeping their eyes open, just in case.

"I've been watching every ditch on the way to and from work hoping I see another. I have people asking me to take them snake hunting now," they said.