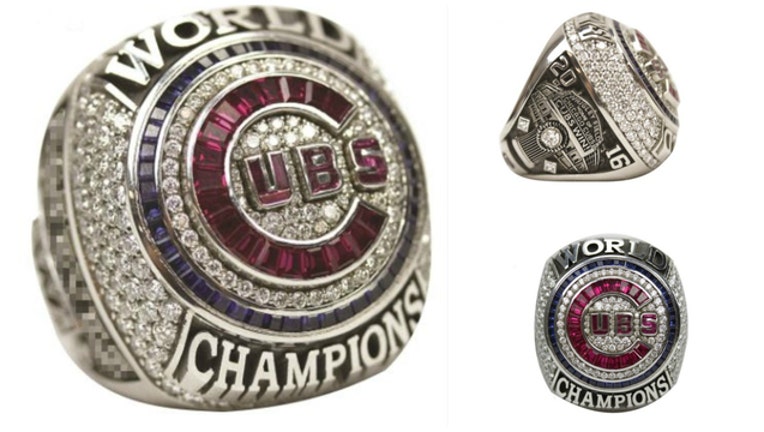 CHICAGO (AP) -- An official 2016 Chicago Cubs World Series ring that was offered for sale on an auction website has been taken off the market.

Leland's Auctions said Monday that it removed the ring from auction at the request of the Cubs and "due to a contractual issue." The team initially raised questions about the ring's authenticity. Cubs spokesman Julian Green later said the team worked with Leland's to verify the ring was genuine and given to a scout.

Green says the Cubs have "identified the scout who no longer works for the ballclub." The scout's name wasn't on the auction listing. Green says the ring "was not authorized for sale per the contract with associates."

The ring had 214 diamonds. The team's championship ended a 108-year drought.