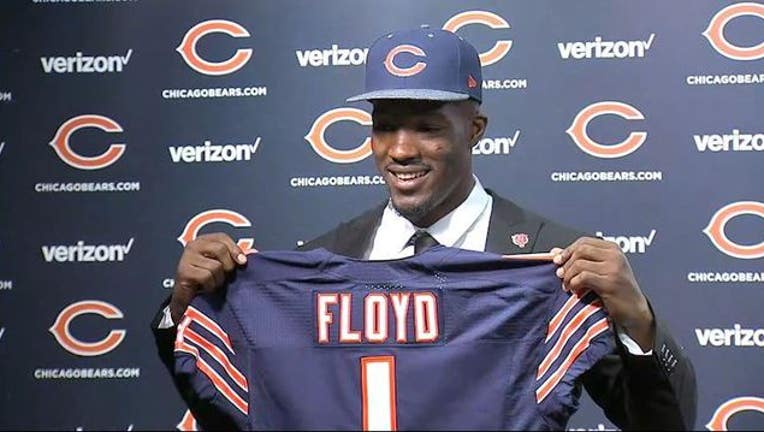 LAKE FOREST, Ill. (AP) - The Chicago Bears and first-round draft pick Leonard Floyd have agreed to a four-year contract with an option for a fifth year.

The Bears drafted the outside linebacker from Georgia with the ninth pick after trading up two spots in a deal with Tampa Bay. Chicago hopes he will add some athleticism to a team trying to build on a 6-10 season. The 6-foot-6, 244-pound Floyd led the Bulldogs in sacks for the third straight year with 4 ½, and tied for the team lead with 10 1/2 tackles for loss last season.

With the announcement Friday, the Bears have agreed to contracts with eight of their nine picks. Defensive end Jonathan Bullard, a third-rounder, is the exception.