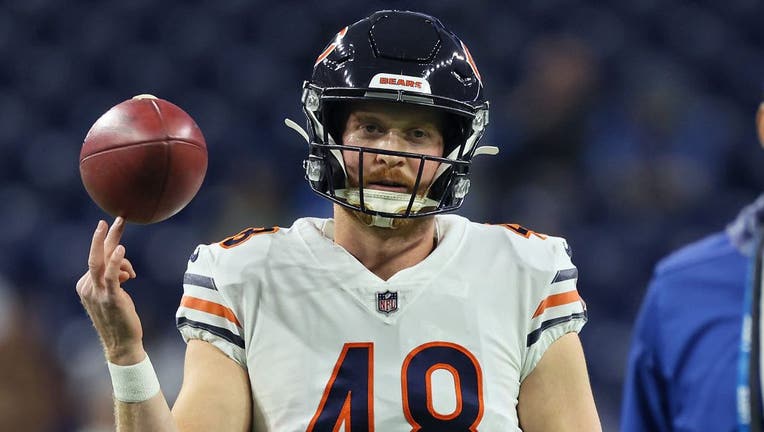 Chicago Bears long snapper Patrick Scales (48) spins the ball during warmups before an NFL football game between the Detroit Lions and the Chicago Bears in Detroit, Michigan USA, on Thursday, November 25, 2021. (Photo by Amy Lemus/NurPhoto via Getty

Scales has played in 88 games over six seasons with the Bears and one with the Baltimore Ravens. He made a career-high four special teams tackles in 2021.

The Bears went 6-11 last season and missed the playoffs for the ninth time in 11 years. They fired general manager Ryan Pace and coach Matt Nagy, replacing them with Ryan Poles and Matt Eberflus.