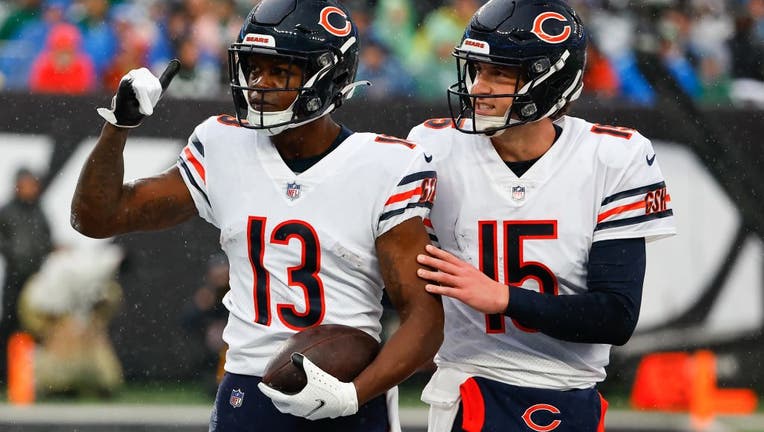 EAST RUTHERFORD, N.J. - It was Trevor Siemian starting for the Chicago Bears, after all.

Justin Fields was ruled out for the game Sunday against the New York Jets, and Siemian was initially slated to start in his place. But Siemian injured an oblique during warmups and the Bears announced third-stringer Nathan Peterman would start instead.

Both Siemian and Peterman threw on the sideline minutes before kickoff, and the Bears again switched — back to Siemian.

Fields, who is having a productive second NFL season, injured his left — non-throwing — shoulder in Chicago’s 27-24 loss to Atlanta last Sunday. He was listed as questionable on the team’s final injury report Friday. Fields made the trip with the team to New York and threw lightly on the field at MetLife Stadium, but Chicago officially listed him as inactive 90 minutes before kickoff.

Fields said earlier this week his injury is a shoulder separation with ligament damage within the AC joint. While the injury is to his non-throwing shoulder, he was experiencing some pain in that shoulder on his follow-through when he threw.

Entering this week, Fields ranked fifth in the NFL in rushing with 834 yards to lead all quarterbacks. He has run for seven touchdowns this season, including six in the past five games.

He also joined Arizona’s Kyler Murray as the only QBs in the Super Bowl era with both a passing and rushing touchdown in five straight games.

Siemian last started in Week 11 last season, a loss to Buffalo while he was with New Orleans. He’ll face another of his former teams Sunday. He started one game for the Jets in 2019, but injured an ankle early and missed the rest of the season.

Peterman was promoted Saturday from the practice squad to serve as the backup to Siemian.

Chicago is also without two starters on defense with cornerback Kyler Gordon and safety Jaquan Brisker out with concussions.

The Bears-Jets matchup already had lost some of its luster before Fields was ruled out. New York benched Zach Wilson, the No. 2 overall pick in last year’s draft, this week in favor of Mike White. Wilson has struggled mightily in his second season while Fields — selected nine picks after him — has developed into one of the league’s most exciting quarterbacks.

Wilson was listed as inactive for the game, with Joe Flacco serving as White’s backup.