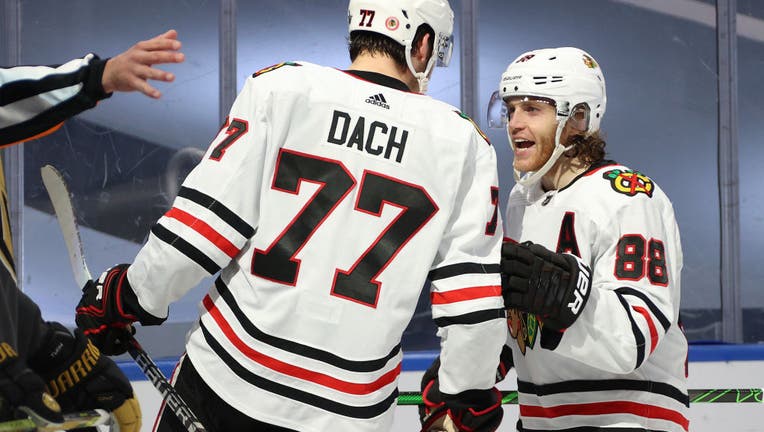 CHICAGO - Kirby Dach joined the Chicago Blackhawks for an optional practice on Monday, taking a big step in his comeback from wrist surgery.

Coach Jeremy Colliton said the 20-year-old forward will accompany the team on its six-game road trip.

"Whenever we can we’ll get him with the group, whether that’s the taxi squad or the full group," Colliton said. "Obviously it’s another step for him to be joining the team in some way, but we got a ways to go still."

Dach fractured his right wrist while playing for Canada’s world junior team during an exhibition against Russia. After Dach had surgery on Dec. 28, team physician Michael Terry said he was expected to return to hockey-related activities in approximately four to five months.

Dach was selected by Chicago with the No. 3 pick in the 2019 draft. He had eight goals and 15 assists in 64 games during his rookie season with the Blackhawks.