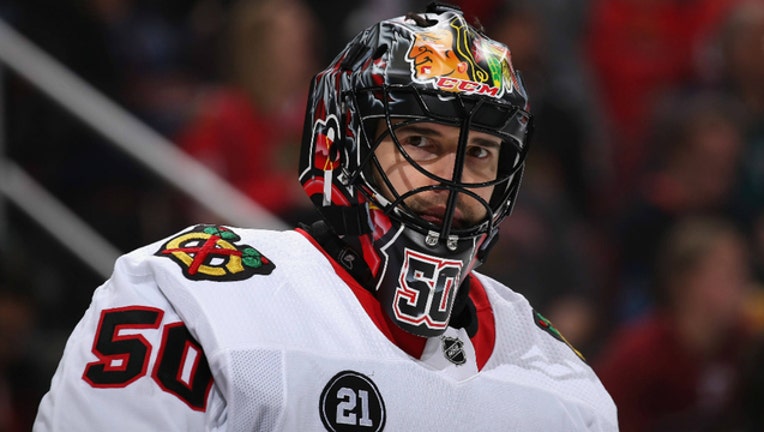 Goaltender Corey Crawford #50 of the Chicago Blackhawks during the NHL game against the Arizona Coyotes at Gila River Arena on March 26, 2019 in Glendale, Arizona. (Photo by Christian Petersen/Getty Images)

The two-time NHL All-Star is the eighth goalie in Chicago Blackhawks history to win more than 100 games and enjoys restoring vintage cars. The 34-year-old Montreal native was the starter during the Blackhawks' title runs in 2013 and 2015.

Qualifying for the Grand Prix will be held Friday.