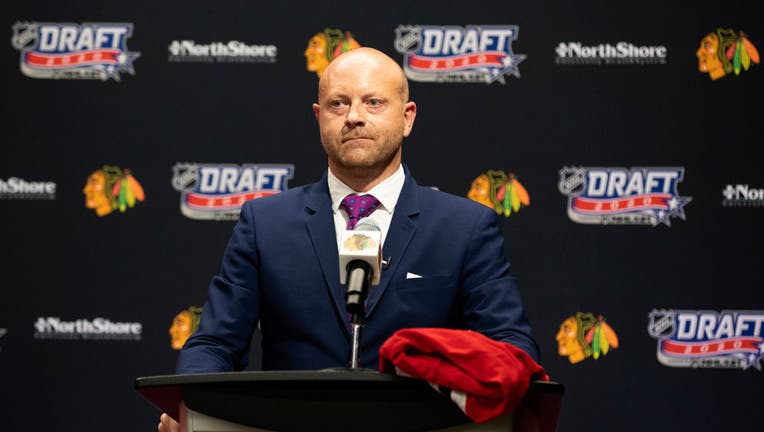 CHICAGO, ILLINOIS - OCTOBER 06: Vice president and general manager Stan Bowman of the Chicago Blackhawks speaks from the podium before their 17th overall pick in the first round of the 2020 NHL Entry Draft at Fifth Third Arena on October 06, 2020 in

“We have taken the steps and made those changes to put the pieces into place that will bring a new mindset and culture to the Chicago Blackhawks, that will lead us into the future,” Rocky Wirtz said in a statement.

Bowman, in his 19th season in the organization, remains in the GM role he has held since July 2009. The Blackhawks won Stanley Cups in 2010, 2013 and 2015. They have advanced past the first round only once since their most recent championship.