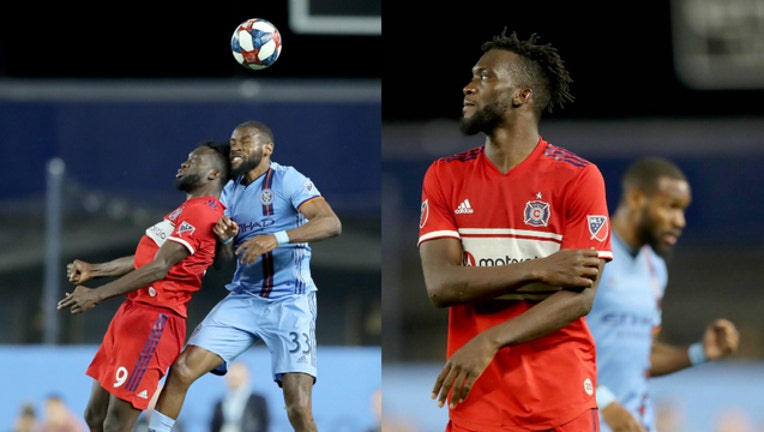 New York City (2-1-5) won its second straight game after opening the season with a six-match winless streak. Chicago (2-3-3) had its four-game unbeaten stretch come to an end. It has never won at Yankee Stadium.

Héber dribbled it along the left sideline on a counter attack and sent a cross in front of the goal for a sliding finish by Castellanos. Last week, Héber made his first MLS start, and had a goal and an assist in a 2-0 victory over D.C. United.

Chicago goalkeeper David Ousted got a hand on Maximiliano Moralez's breakaway shot in the 58th minute to deflect it off the crossbar, and denied a penalty-kick attempt in second-half stoppage time. Chicago coach Veljko Paunovic was ejected in the 79th minute.

New York City had its third shutout in four home games this season.