Chicago Bears rookie quarterback Justin Fields learned a tough lesson on Monday night -- you never leave a veteran with too much time on the clock.

Fields gave the Bears a good opportunity to stop a three game-skid when he led Chicago to a go-ahead touchdown against the Pittsburgh Steelers with 1:46 remaining in the game but Ben Roethlisberger knew as he grabbed his helmet and walked back on the field that it was more than enough time to win the game back.

"I thought they left me too much time," he told reporters after the game, via the Pittsburgh Tribune-Review. 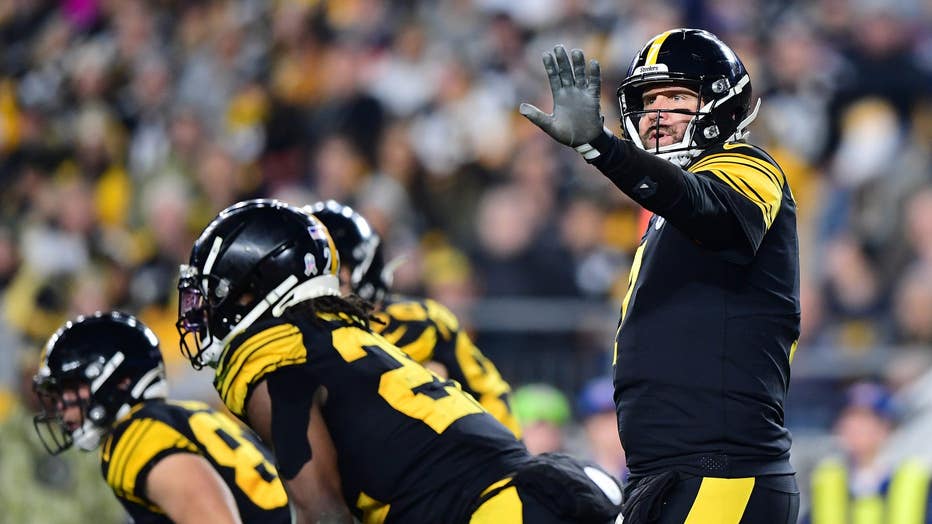 Quarterback Ben Roethlisberger, No. 7, of the Pittsburgh Steelers looks on against the Chicago Bears during the first half at Heinz Field on Nov. 8, 2021 in Pittsburgh, Pennsylvania. (Emilee Chinn/Getty Images / Getty Images)

"We have, in my opinion, one of the best field goal kickers in the league," Roethlisberger said of Chris Boswell, who hit a 40-yard field goal with 26 seconds left to seal a 29-27 victory for the Steelers. "I wasn’t thinking about a touchdown. I was thinking about getting us down in field goal range."

"If you’ve done this long enough, you know very few leads are safe," Roethlisberger continued. "Games are never over, no matter how well you’re playing or how bad you’re playing. Tonight was one of those nights that hopefully we all can appreciate and know we have to play 60 minutes — and sometimes more." 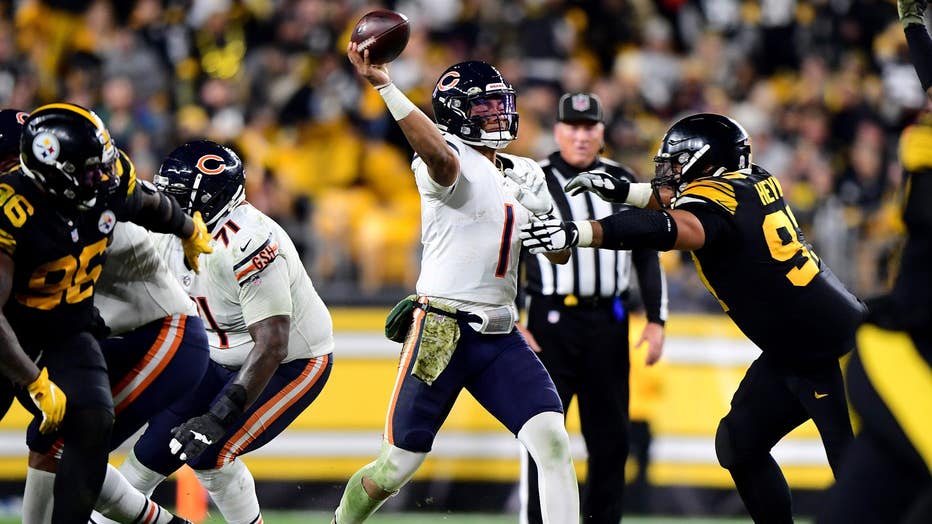 Quarterback Justin Fields, No. 1, of the Chicago Bears throws the ball down the field against the Pittsburgh Steelers during the fourth quarter at Heinz Field on Nov. 8, 2021 in Pittsburgh, Pennsylvania. (Emilee Chinn/Getty Images / Getty Images)

Fields completed 17 of 29 passes for a career-high 291 yards with a touchdown and an interception. He also ran for 45 yards, but the Bears lost their fourth straight and fell to 3-6 overall.

Fields has improved greatly in his seventh NFL start and guided Chicago to three touchdowns in the fourth quarter to bring the score to 27-26 but Roethlisberger got the Steelers within field goal range on a seven-play 52-yard drive. 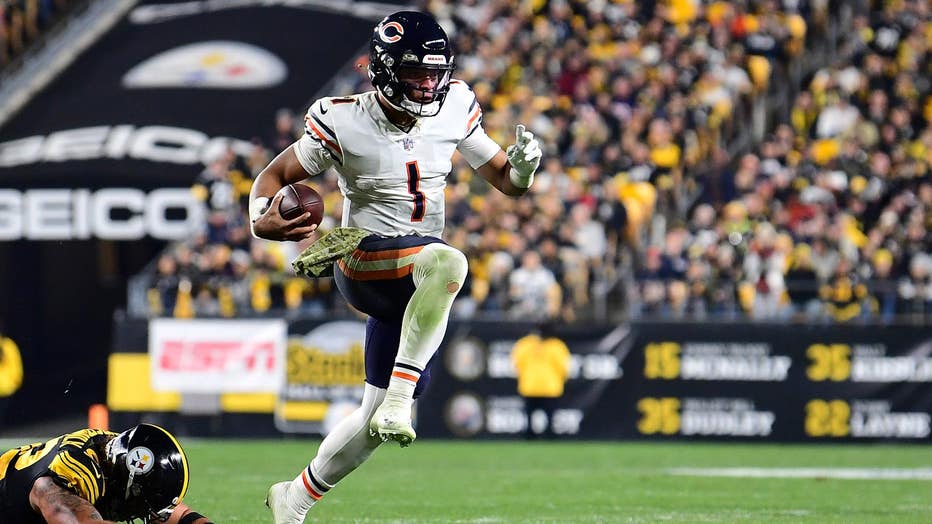 Quarterback Justin Fields, No. 1, of the Chicago Bears carries the ball down the field against the Pittsburgh Steelers during the third quarter at Heinz Field on Nov. 8, 2021 in Pittsburgh, Pennsylvania. (Emilee Chinn/Getty Images / Getty Images)

"You've got to tip your cap to the Bears," Steelers head coach Mike Tomlin told reporters. "They competed and they competed for 60 minutes. The cool thing is we made the necessary plays.

"Ben took the offense down the field, and we got the necessary field goal and we were able to close the game out and I'm thankful for that."