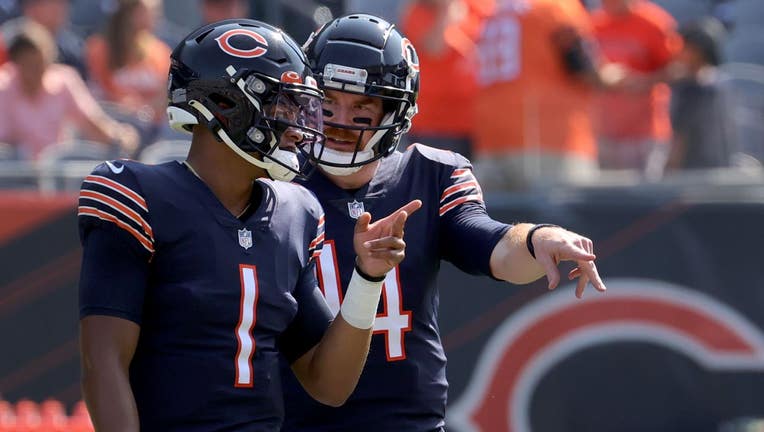 CHICAGO - Justin Fields will be the starting quarterback for the Chicago Bears this Sunday with quarterback Andy Dalton out because of a knee injury, head coach Matt Nagy announced Wednesday.

"Justin’s gonna be our starter," he said.

Fans have clamored for the Bears top pick since the team traded up to draft the Ohio State standout with the 11th overall pick.

The Bears (1-1) will travel to Cleveland to play the Browns Sunday at noon.

Fields was 6-for-13 with 60 passing yards and an interception. Fields had 10 carries for 31 yards.

Nagy said Dalton remains the team’s No. 1 quarterback for now and the plan is for him to be the starter when he is healthy. Nagy said the three-time Pro Bowler is week to week, though the Bears don’t think he will be placed on injured reserve. Super Bowl 52 MVP Nick Foles will be the backup quarterback.

"He’s probably further along than we thought he’d be at this point right now. So if that's the case, then we feel good about it, and Justin has worked really, really hard to get to this point. Even today in that moment as a rookie, coming in in that situation, super calm, super cool. Even after the interception when that dropper, he dropped, and the zero look, made the play, he was very cool coming out there and knowing -- to try to make a play," said Bears Coach Matt Nagy after the game.