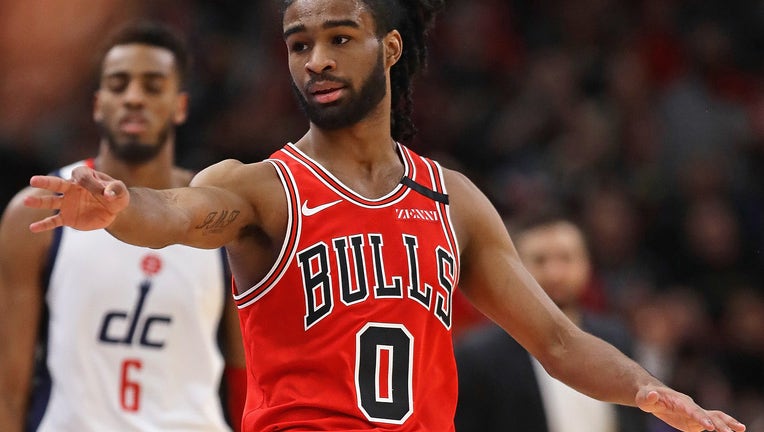 Coby White #0 of the Chicago Bulls holds out three fingers after hitting a three point shot against the Washington Wizards at the United Center on February 23, 2020 in Chicago. (Photo by Jonathan Daniel/Getty Images)

CHICAGO - Coby White scored 33 points to join Michael Jordan as the only Bulls rookies with consecutive 30-point games, and Chicago overcame Bradley Beal's career-high 53 points to snap an eight-game losing streak with a 126-117 victory over the Washington Wizards.

Zach LaVine added 32 and broke the franchise record for 3-pointers in a season.

White matched the career high he set a night earlier. He also jbecame one of three rookies since 1992 with 33 or more in consecutive games, joining Allen Iverson and Trae Young.