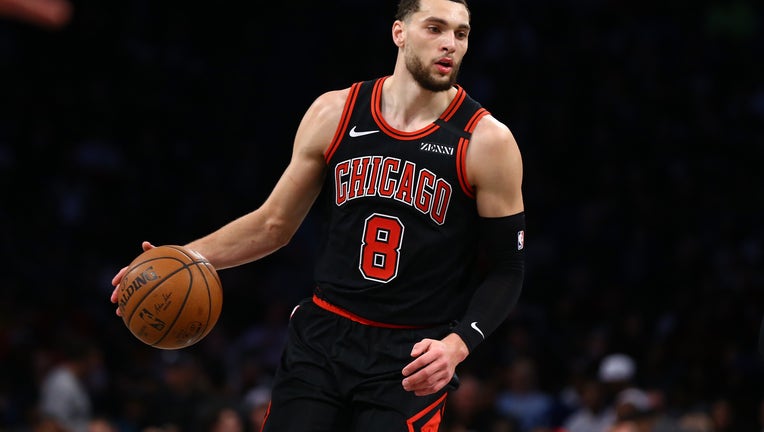 Zach LaVine #8 of the Chicago Bulls in action against the Brooklyn Nets at Barclays Center on January 31, 2020 in New York City. (Photo by Mike Stobe/Getty Images)

CHICAGO - Chicago Bulls guard Zach LaVine has been selected as an All-Star for the first time in his NBA career.

"Zach has been unbelievable for us this year," Bulls head coach Billy Donovan said in a statement. "He’s played like an All-Star all season, and he has really taken his play to another level. I know how hard he works and what this recognition means to him. I am very happy for him and want to congratulate him on this very well-deserved honor."

LaVine’s selection marks the first time the Bulls have had a player named to the Eastern Conference All-Star Team since Jimmy Butler in 2017.

NBA All-Star 2021 will be played on Sunday, March 7 in Atlanta at State Farm Arena. On-court action will begin at 5:30 p.m. CST and will be televised on TNT.