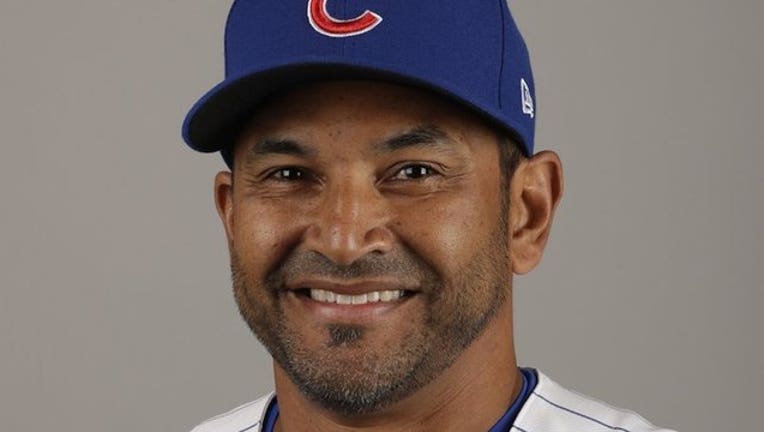 WASHINGTON (AP) — Dave Martinez will get a chance to try to do what no Washington Nationals manager has accomplished: win a postseason series with the club.

Martinez agreed to a three-year contract plus an option with the Nationals, a person with knowledge of the deal told The Associated Press on Sunday, for a job that will make him a skipper in the majors for the first time.

The person described the contract to the AP on condition of anonymity because the agreement had not been announced.

The 53-year-old Martinez has been the bench coach for manager Joe Maddon for the past decade. The two were together with the Chicaco Cubs for the past three seasons, including that team’s 2016 World Series championship. Before that, Martinez worked for Maddon with the Tampa Bay Rays.

Baker was let go a little more than a week ago. He had been given only a two-year contract and was dismissed after leading the Nationals to two NL East titles — with 95 wins in 2016 and 97 wins in 2017.

Bryce Harper, Max Scherzer, Stephen Strasburg and the rest of the Nationals were eliminated with a one-run loss in Game 5 of an NL Division Series each time — including by the Cubs this year.

The Nationals have won four division titles since 2012 but have yet to win a playoff series, knocked out in an NLDS each time. Martinez is Washington’s sixth manager in a 10-season span.

Martinez played for nine major league franchises over 16 years, including four seasons with the Montreal Expos, the team that moved to Washington in 2005 and became the Nationals. Martinez was mostly an outfielder. He retired as a player in 2001.

The Nationals’ agreement with Martinez was first reported by The Washington Post.