Cubs fans relish in the return of baseball at Wrigley Field

Baseball is back and there were no shortage of Cubs fans around Wrigley Field to ring in Opening Day.

Mills has a low back strain, and Miley is dealing with left elbow inflammation. Simmons is working through right shoulder inflammation. Each IL stint was made retroactive to Monday.

Mills’ IL stint helped pave the way for right-hander Michael Rucker to make the opening-day roster for the first time. Rucker, who turns 28 on April 27, had no record and a 6.99 ERA in 20 appearances for Chicago last summer in his first big league action.

Cubs manager David Ross called the move for Mills more of a precaution. 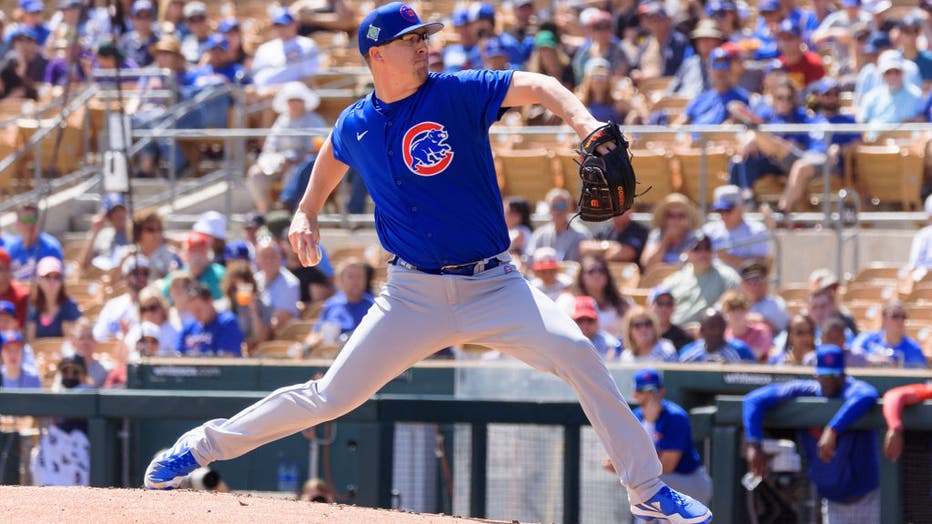 "Had some low back tightness a couple days before he threw after a bullpen," Ross said before Chicago’s opener against Milwaukee. "Felt it loosen up a little bit to kind of make his outing, and just got done and it just wasn’t very good."

The Cubs are hoping Miley can help shore up their rotation after a tough 2021 season. Miley was claimed off waivers on Nov. 5 after he went 12-7 with a 3.37 ERA in 28 starts for the Cincinnati Reds, throwing his first career no-hitter in May.

The slick-fielding Simmons agreed to a $4 million, one-year deal with Chicago last month. The 32-year-old Simmons has won four Gold Gloves, but he batted just .223 with three homers for Minnesota last year.