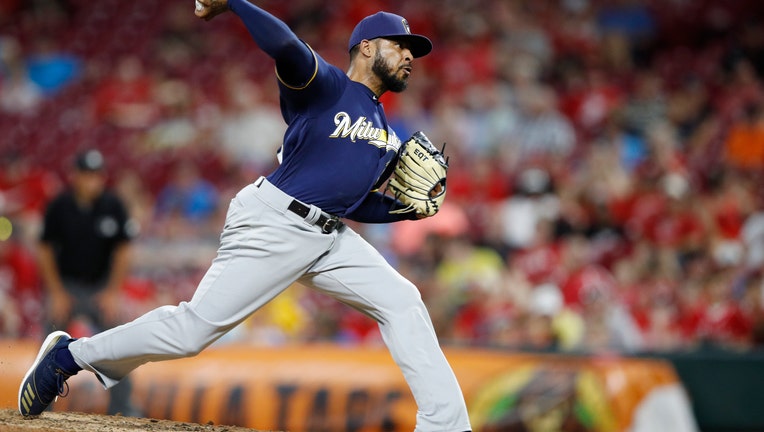 CINCINNATI, OH - JULY 01: Jeremy Jeffress #32 of the Milwaukee Brewers pitches in the ninth inning against the Cincinnati Reds at Great American Ball Park on July 1, 2019 in Cincinnati, Ohio. The Brewers won 8-6. (Photo by Joe Robbins/Getty Images)

CHICAGO - The Chicago Cubs and reliever Jeremy Jeffress have finalized an $850,000, one-year contract. The 32-year-old Jeffress can earn $200,000 in performance bonuses.

But the right-hander struggled with injuries last season before he was cut by the Brewers on Sept. 1.