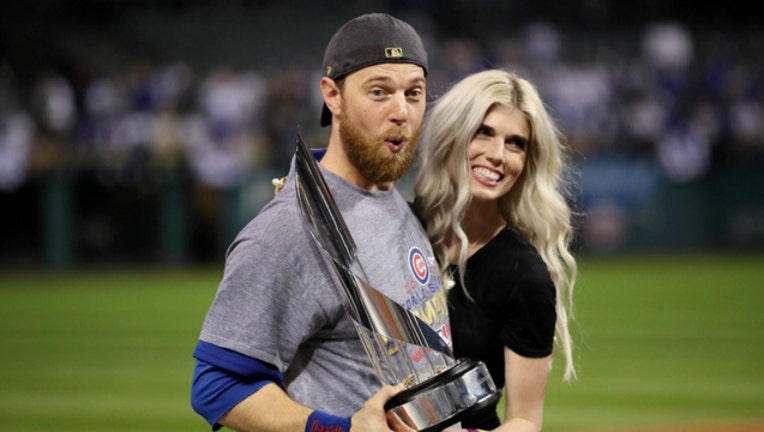 CHICAGO (AP) - The Cubs' Ben Zobrist and his wife, Julianna Zobrist, have filed court documents in separate states seeking to end their marriage.

Ben Zobrist filed a complaint for legal separation in Tennessee, according to The Tennesseean . The couple has a home in Williamson County.

The Cubs placed Ben Zobrist on leave for undisclosed personal reasons on May 8, prompting the team to recall Addison Russell from Triple-A Iowa a little earlier than planned.

Ben Zobrist, who turns 38 on May 26, is batting .241 this season. Zobrist, who is in the final season of a four-year contract with Chicago, was the World Series MVP when the Cubs won the championship in 2016.

"We're going to respect his privacy," Maddon said before the Cubs' game at Cincinnati. "He'll let us know."

His wife, the former Julianna Gilmore, is a Christian pop singer who has released several recordings. She has retained Chicago law firm Berger Schatz. The company represented billionaire hedge fund manager Ken Griffin in his split with wife Anne Dias Griffin in 2014.

Russell was left in the minors for extended preparation time after completing a 40-game suspension for violating Major League Baseball's domestic violence policy.