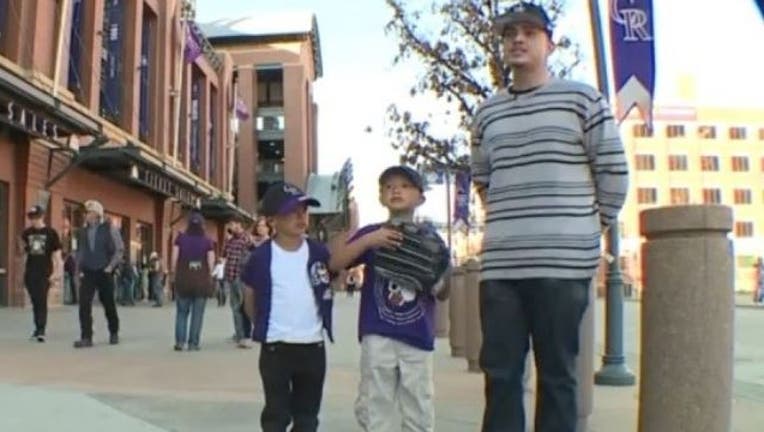 FOX NEWS - A Colorado Rockies fan said his young stepsons were thrilled when he caught a home run ball Tuesday, but moments later, security was escorting them out of the park.

Brandon Sanchez had thrown the ball back, which is against the rules at Coors Field. He said he had no idea the rule existed.

The two boys, ages 6 and 7, "just started shaking and crying" when security approached, Sanchez told Fox 31. They asked the whole family, including his wife, to leave.

Sanchez said he was hoping to catch a home run ball from rookie phenom Trevor Story. So when the San Francisco Giants' Trevor Brown knocked one into the outfield seats, Sanchez figured he'd just toss it back onto the field.