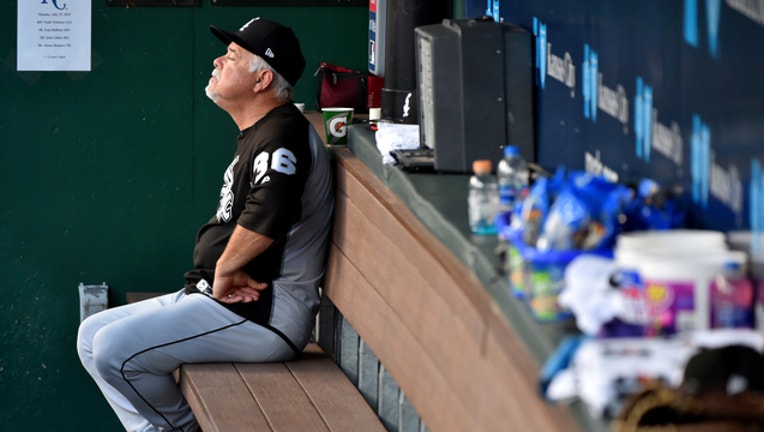 Junis struck out a career-high 10 and Nicky Lopez drove in a pair of runs as Kansas City beat the White Sox 5-2 on Monday night. It was the Royals' third win in four games since the All-Star break.

"My command early wasn't the greatest but it got better," Junis said. "My fastball command got better as the game went along. Probably the sharpest my slider has been all year.

The Royals beat Lucas Giolito for the first time and thwarted his bid for a 12th victory. The right-hander entered the game 6-0 with a 2.13 ERA in 10 previous career starts against Kansas City. After an eight-game winning streak, Giolito is 1-3 with a 6.48 ERA in his last five starts.

"I kind of lost my slider in the middle of the game and they took advantage - a lot better than they have in the past - of mistakes," Giolito said. "Overall, I thought it was OK. Just a few pitches that I left over the middle that they were able to take advantage of."

Junis (5-8) worked seven innings and gave up one run, James McCann's 10th homer of the season.

"It probably went about a thousand feet, I didn't even look at it," Junis said.

Giolito (11-4) was hit on his left shoulder by a wicked line drive off the bat of Lopez. The ball ricocheted into right field and Lopez got a double.

The Royals got to Giolito in the fourth inning. Alex Gordon and Hunter Dozier had back-to-back doubles for the Royals' first run. Dozier advanced on a wild pitch and scored on single by Cheslor Cuthbert, making the score 2-0.

Giolito was removed after the six innings and 94 pitches. Dozier and Lopez each had two hits off the White Sox ace.

Jon Jay went 4-for-4 for the White Sox with two doubles and two singles but didn't score a run. The Sox stranded 10 runners.

Royals closer Ian Kennedy worked a scoreless ninth for his 14th save in 17 chances.

Scott Barlow was recalled from Triple-A Omaha on Monday to fill the roster spot vacated by pitcher Homer Bailey. Barlow was on the opening-day roster and made 30 appearances (2-1, one save, 6.19 ERA) before he was sent down July 1. He gave up three runs, including two homers, in his last two games for the Royals. He worked three scoreless outings Omaha. "I think the biggest thing was just being comfortable, just getting a little confidence back," Barlow said.

Barlow relieved Junis in the eighth and gave up a walk and single before a strikeout. Jake Diekman relieved him and the White Sox scored a run on an error before the lefty pitched out of a bases-loaded jam.

Rookie catcher Zack Collins was optioned to Triple-A Charlotte following Monday's loss. The White Sox will make a corresponding move prior to Tuesday's game. Collins, who homered in his first major league at-bat on June 21 at Texas, batted .077 (2-for-26) in nine games for Chicago. "I think the information that he gathered here on all sides of the ball, he'll be able to now put into practice and be able to work through some things that were talked about here," White Sox manager Rick Renteria said. "I think this served a great purpose for him. It was really valuable. I'm glad he was here."

Right-hander Jonathan Bowlan pitched a nine-inning no-hitter for the Royals' Class A club in Wilmington, Delaware, with nine strikeouts and no walks in a 3-0 win over Carolina. One Carolina batter reached on an error in the second inning. Bowlan was a second-round draft choice in 2018.

There's a different feel as the improving White Sox, who lost 100 games last season, approach the trading deadline, according to Renteria. "I think we're in a different mode ... We're starting to settle down a little bit and starting to turn the corner in terms of who we are, in terms of acquisitions and/or moving players.

"I think they've gotten better," he said. "They're scratching the surface of where they're ultimately going to be, which may put us in a better position ... as an organization moving forward. But, definitely a different situation."

The second of the four-game series on Tuesday matches White Sox RHP Dylan Cease (1-0, 5.40 ERA) and Royals RHP Glenn Sparkman (2-5, 5.18 ERA), the first start for each since the All-Star break. "I think it'll be 12 days in between starts. It's a long time, but I'm not worried about it by any means," Cease said. "I've been throwing every day, so I'm keeping that feel."