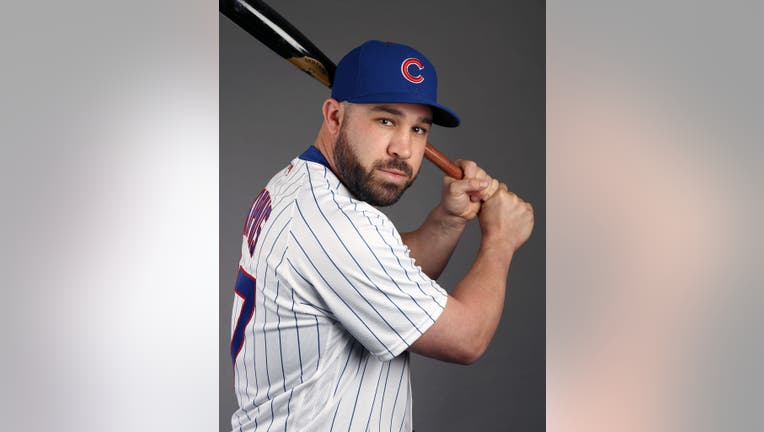 MESA, Ariz. - Jason Kipnis joined the Chicago Cubs this spring for a shot at the second base job. He also realizes the role he plays in helping develop 22-year-old prospect Nico Hoerner.

“I think he’s a stud. He’s going to be one. He’s a young guy with a lot of talent and I don’t want to get in the way of him progressing in this game, or getting better,” Kipnis said at spring training this week.

The two-time All-Star spent his entire nine-year career in Cleveland, amassing nearly 100 postseason at-bats, including the Indians run to the 2016 World Series when they lost in seven games to the Cubs.

Kipnis, who signed a minor league deal Feb. 11 that included an invitation to major league spring training, said he remembers coming up himself as a top prospect just trying to make his way.

“I’ve had good mentors, and bad ones. Ones that didn’t help at all and made it even harder. I just know that’s not how it should work,” said Kipnis, from Northbrook, Illinois, a suburb of Chicago.

Kipnis, Hoerner, Daniel Descalso and David Bote were all lined up together taking ground balls at second base this week.

“We’ve got a whole crowd of guys at second base,” Hoerner said with a smile. “And it’s also people at different stages of their career, and they have a lot to offer.”

Hoerner said he and Kipnis have talked and gotten to know each other through the natural progression of camp, and he appreciates any advice the veteran can offer.

“(I’m) playing with a guy that’s been in the big leagues almost 10 years, played in the World Series, played second base at the highest level, he’s been great to me so far,” Hoerner said.

And with the positional changes at second base due to shifts, Kipnis is the first player Hoerner goes too for advice.

“Obviously, with situations like that, I’m happy to ask him,” Hoerner said. “Just preparing in general, beyond second base. He’s a guy that’s played at a high level for a long time.”

First-year manager David Ross said there’s no secret, second base is definitely up for grabs, but he doesn’t subscribe to anyone having an advantage or disadvantage at this point of camp.

“I’m trying to come into camp and really give these guys a fresh set of eyes,” Ross said. “Nobody comes in with advantages or disadvantages unless you’ve got some proven hardware out there and some real numbers on the back of your baseball card.”

When asked if there is a front runner, Ross again reiterated about giving everyone a fresh set of eyes.

“I’ll let them prove to me who deserves that spot. And I’m not talking about stats, I’m talking about how they go about their business, who they are in the clubhouse. There’s a lot of factors that go into that,” Ross said.

Ross said there’s a lot of versatility within the Cubs group, something they’ll need in 2020.

“It’s not like we can go into the season with just one shortstop (Baez), one third baseman (Bryant) and one first baseman (Rizzo),” Ross said. “Those guys are studs, and their resume speaks for themselves, but there also has to be a lot of depth and guys that move around.”

Descalso, 33, said everyone is trying to “get our work in” while preparing for the first games of spring and the 2020 season.

“A lot of guys were joking like, ‘Tryouts at second base today.’ We’re having fun with it,” Descalso said with a laugh, adding Hoerner handled himself well last September.

“Not every young kid is ready for that and I thought he handled it well,” Descalso said. “He’s trying to learn a new position at second base and I’m just trying to help him out with whatever he needs.”