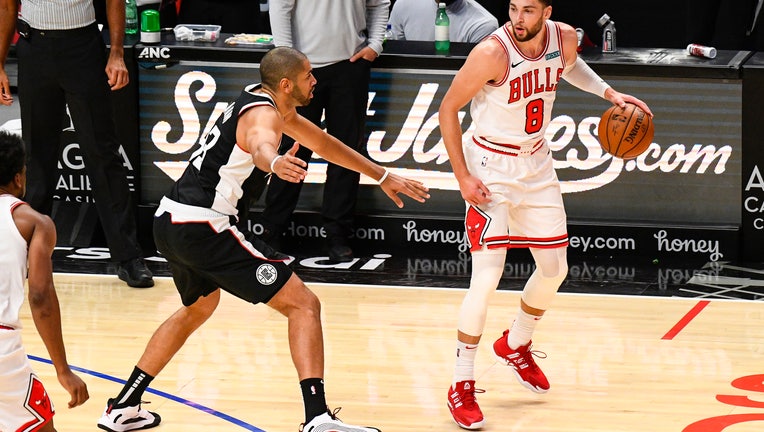 Chicago Bulls Guard Zach LaVine looks to attack the basket during a NBA game between the Chicago Bulls and the Los Angeles Clippers on January 10, 2021 at STAPLES Center in Los Angeles. (Photo by Brian Rothmuller/Icon Sportswire via Getty Images)

LOS ANGELES - Kawhi Leonard scored a season-high 35 points, going over 10,000 in his career, and the Los Angeles Clippers rallied to beat the Chicago Bulls 130-127.

Leonard reached the milestone on one of his five 3-pointers in the third quarter, when he scored 21 points.

His points and 3-pointers made were the most in a single quarter in his career.

Paul George had 28 points, seven rebounds and nine assists for the Clippers, who avoided their first three-game losing streak of the season.

FOX 32 speaks with members of a local tailgating club.