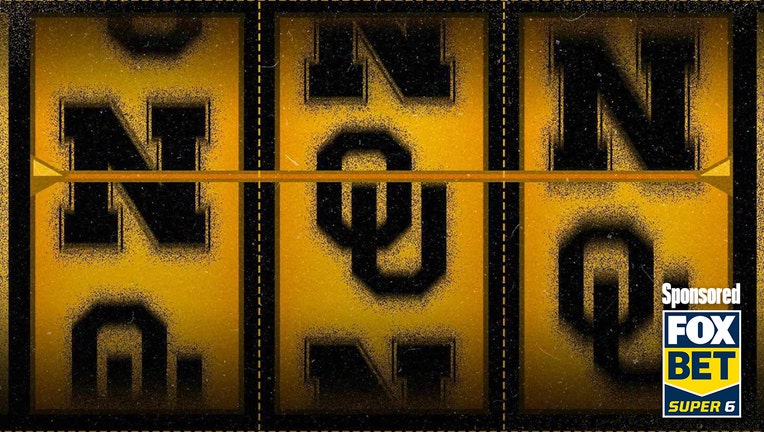 This weekend's massive clash between Nebraska and Oklahoma could be your chance at winning big with FOX Super 6.

The footage is grainy in the high-definition age.

Faded images of cloudy late October afternoons with maroon jerseys going up against the bright white and red helmets. Reputations hanging on the line along with national championships at stake.

Nebraska-Oklahoma wasn’t a rivalry as much as it was a rite of passage along with a test of wills. Osborne vs. Switzer. Johnny Rodgers vs. Greg Pruitt. The "Game of the Century" in 1971. All of them blend into a passion play that decided the Big 8 for years.

To commemorate the 50th anniversary of that No. 1 vs. No. 2 contest in Norman back on Thanksgiving weekend, the two sides will meet on Saturday afternoon at Memorial Stadium (Noon ET, FOX) for the first time since Nebraska’s Big 12 departure in 2010. The sides are different now, with No. 3 Oklahoma a legitimate contender for a national championship and the Cornhuskers trying to steady a shaky program under Scott Frost.

The renewal of Nebraska/Oklahoma on "Big Noon Saturday" is another chance for you to win some serious cash with FOX Super 6. Just answer all six questions correctly and you could win $10,000. It’s quick, easy, fun and free to play by downloading the FOX Super 6 app on your phone or tablet.

Here are this week’s questions and some predictions for this Saturday’s questions.

What will be the total combined score at the half?

In the first two weeks, Oklahoma has shown the ability to score a ton of points in the first half ⁠– throwing 37 up against Tulane and then 45 against Western Kentucky. Oklahoma quarterback Spencer Rattler has thrown five touchdown passes in those two games. Nebraska has been slow out of the gate ⁠– 14 first-half points against Buffalo last week, 24 against Fordham, nine against Illinois ⁠– which shows that it is not going to be the heavy dominant offensive force in this game.

Which team will have the longest rushing play and how long will it be?

The options: Nebraska, Oklahoma, Tie and with different yard ranges

This is where Nebraska quarterback Adrian Martinez could be a huge factor. The dual-threat quarterback has busted two 70-plus-yard runs this year. While Oklahoma’s defense might not give that type of yardage up, it’s also fair to think that Martinez could end up with a big gain at some point along the way.

Who will have the most rushing yards and how many will they have?

The options: Nebraska, Oklahoma, Tie with a scale of 0-276+ rushing yards

It is in the Cornhuskers' DNA to have a strong running game. The one thing that could throw that equation out the window, however, is if they fall behind big early and have to pass to survive. That’s how Oklahoma has held opponents to an average of 77 rushing yards through two games. It could be that way again.

Who will have the most passing yards and how many will they have?

The options: Nebraska, Oklahoma, Tie with a scale of 0-376+ passing yards

It sounds strange to say this, but Rattler’s Heisman Trophy campaign will kick off in earnest right here with a huge national television audience. The Huskers have allowed an average of 183 passing yards per game through the first three weeks. This isn’t Buffalo or Fordham, however. The only way that Oklahoma doesn’t have a lot more passing yards at the end of this one is if Riley calls off the dogs.

Who will have the most total offense yards and how many will they have?

The options: Nebraska, Oklahoma, Tie with a scale of 0-576+ offense yards

Again, this is based on where you fall on how this game will turn out overall. Nebraska could end up winning this category with a lot of second-half yards if Oklahoma decides to pull back following a big first half. The better bet, however, is assuming that the margin that the Sooners are going to post is going to be pretty substantial.

Which team will win and by how many points?

The options: Nebraska, Oklahoma with ranges of 1 to 21+ points

"The Guys in the Desert" and at FOX Bet Sportsbook have the Sooners as 22.5 point favorites on Saturday afternoon. For all of the pomp and celebration – and for as great as it is to see the two teams playing each other again ⁠– the basic premise is: What team is better? Oklahoma is better right now by a lot.

Download the FOX Super 6 app now to predict the outcomes of the biggest events in sports, and you could win thousands of dollars absolutely for free each and every week. Just download and play!