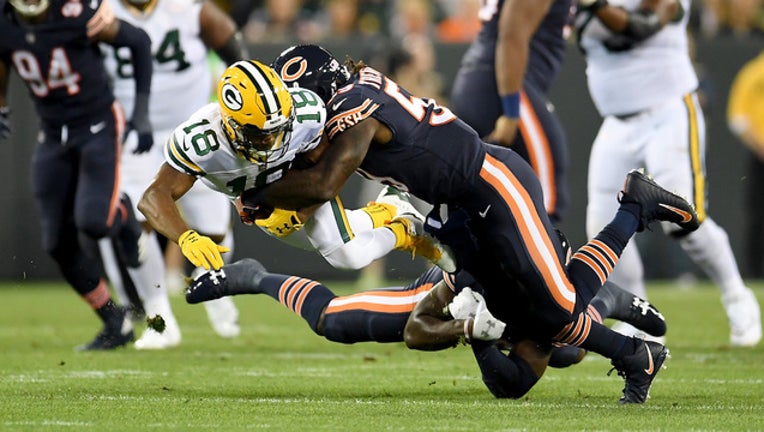 Randall Cobb #18 of the Green Bay Packers is tackled by Danny Trevathan #59 of the Chicago Bears in the first quarter at Lambeau Field on September 28, 2017 in Green Bay, Wisconsin. (Stacy Revere/Getty Images)

The league announced the punishment on Saturday. Trevathan has three business days to appeal the suspension.

Adams was taken off the field on a stretcher in the third quarter Thursday night after getting hit in the head during a tackle by Trevathan. The game was delayed for about 5 minutes while medical personnel tended to Adams. He tweeted Friday that he was at home and "feeling great."

Trevathan was called for an unnecessary roughness penalty following Adams' 8-yard catch but was not ejected. He is eligible to return following Chicago's game against Baltimore on Oct. 15.