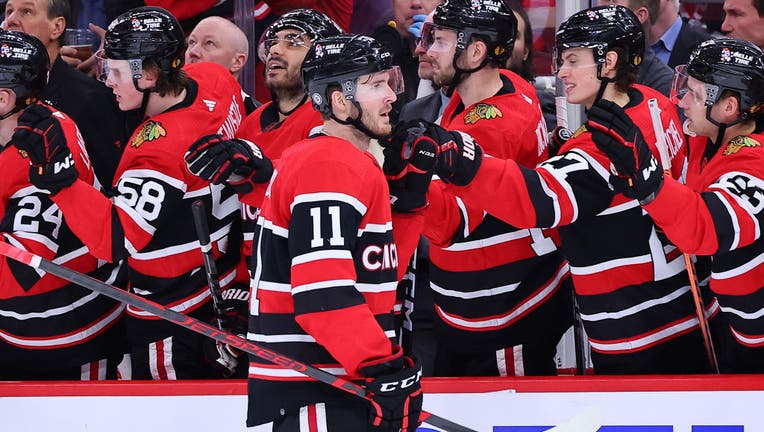 CHICAGO, ILLINOIS - JANUARY 12: Taylor Raddysh #11 of the Chicago Blackhawks celebrates with teammates after scoring a goal against the Colorado Avalanche during the third period at United Center on January 12, 2023 in Chicago, Illinois. (Photo by Mi

CHICAGO - Taylor Raddysh snapped a tie in the third period, and the last-place Chicago Blackhawks beat the Colorado Avalanche 3-2 on Thursday night for their third straight victory.

The Blackhawks had a 2-20-1 stretch before their win streak.

The slumping Avalanche dropped to 1-6-1 in their last eight games.