If you do not know whom to root for in the Super Bowl, there is a strong case to be made for becoming a temporary 49ers fan.

CHICAGO - If you do not know whom to root for in the Super Bowl, there is a strong case to be made for becoming a temporary 49ers fan.

Niners starting quarterback Jimmy Garoppolo grew up outside of Chicago in the northwest suburbs.

“When Jimmy started playing for us, his athletic ability was great and he had a talent, but he had that 'it' factor. Calm, no situation was too big for him,” said Garoppolo’s high school football coach Tony Wolanski. 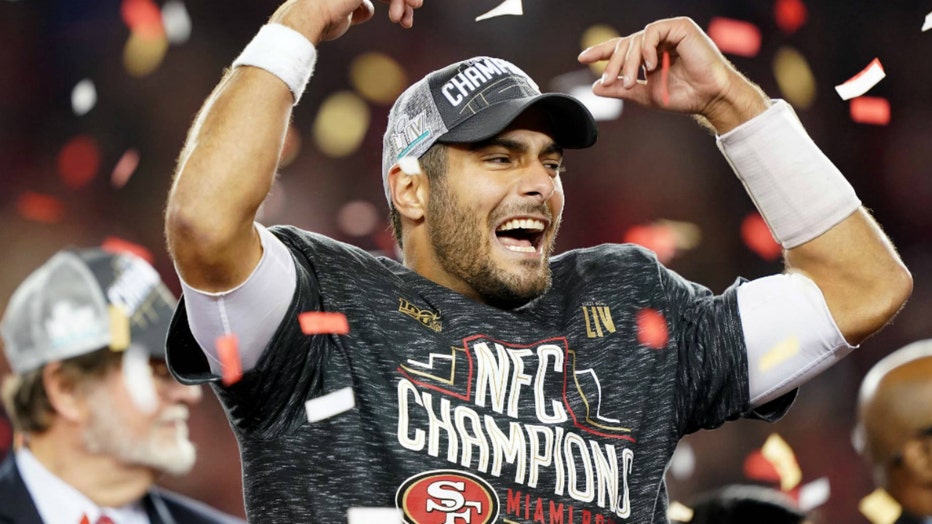 Wolanski remembers Garoppolo’s high school greatness well. Not only for his athleticism, but for his leadership ability.

“He just does an amazing job of getting his players to follow him. Even at a young age, it was always ‘Jimmy's team.’ Jimmy G's team in high school. What's Jimmy going to do for us? How's Jimmy going to get us out of this situation?” Wolanski said.

A shrine to number 10 still hangs in the athletic office, and with 11 days to go until the Super Bowl, the school's getting in on the hype.

Mike Reppe is a 1993 Rolling Meadows grad and says one of his first orders of business when he opened Rep's Place was to hang up Garoppolo's high school jersey. He expects a packed house on Super Bowl Sunday.

“The goal of this place was to bring it all together. And the community and the families and that jersey there kind of epitomizes everything we've been trying to do,” Reppe said.

If you are still undecided on who to root for for the Super Bowl, here's a good reason to root for the Niners: The owner at Rep's Place promises a discount on Super Bowl Sunday for anyone who shows up for the big game in a Garappolo jersey.