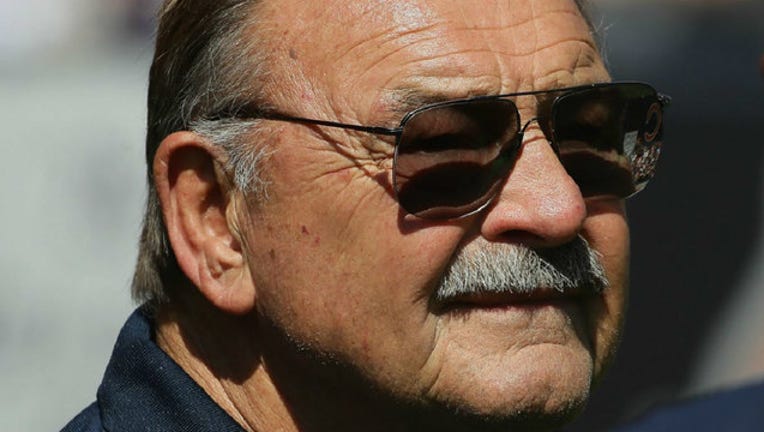 Former Chicago Bear player and Hall of Fame member Dick Butkus watches from the sidelines as the Bears take on the Pittsburgh Steelers at Soldier Field on September 24, 2017 in Chicago, Illinois. (Jonathan Daniel/Getty Images)

CHAMPAIGN, Ill. (AP) -- Dick Butkus is going back to college.

One of the greatest linebackers in pro football history is being honored with a statute at Illinois, where he played three seasons and helped the Illini win the 1964 Rose Bowl. The statue will overlook the entrance to a football performance center that's expected to be completed in time for the 2019 season.

The bronze statue will join a statute of Red Grange, the legendary Illini running back whose likeness stands on the west side of Memorial Stadium.

Butkus says being honored with a statute "very humbling."