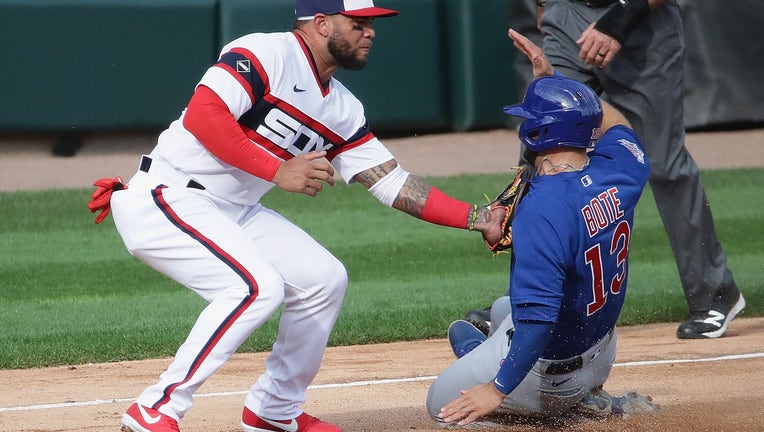 Yoan Moncada #10 of the Chicago White Sox tags out David Bote #13 of the Chicago Cubs on a fielder's choice in the 6th inning at Guaranteed Rate Field on September 27, 2020 in Chicago. (Photo by Jonathan Daniel/Getty Images)

CHICAGO - The Chicago White Sox tumbled out of position for a home playoff series, losing 10-8 to Kris Bryant and the crosstown Cubs.

The White Sox finished the season with seven losses in eight games to go from first in the AL Central to the seventh seed for their first playoff appearance since 2008.