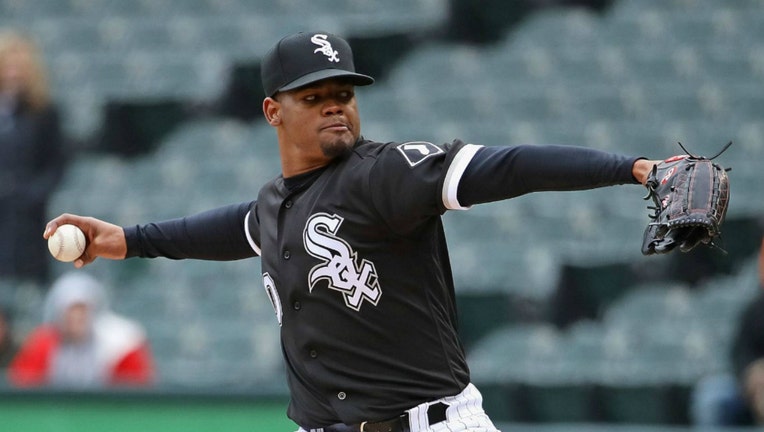 GLENDALE, Ariz. - Reynaldo Lopez saw the success Lucas Giolito had after adopting a more focused approach to pitching for the Chicago White Sox. He wants to find a similar solution.

“I used to work on my body more,” Lopez said through an interpreter at Camelback Ranch. “I changed that, I’ve been working more with my mindset. I did some programs that allowed me to improve that aspect.”

He didn’t have to look far for inspiration.

Giolito tapped into his potential last season, going 14-9 with a 3.41 ERA and making the All-Star team. He was a long way from that in 2018, when he had the highest ERA among starting pitchers (6.13) and led the American League in walks issued with 90.

Giolito talked about his neuro-feedback program last spring and was greeted with blank stares. He continued to struggle during spring training, but said that because of the program, which consists largely of brain-wave analysis and breathing techniques, he wasn’t worried.

“I was as confident as I had ever been on the mound, and it was because I knew I felt right and I knew I was going to be a lot more consistent,” Giolito said.

His focus improved to the point where he struck out four batters for every walk, and emerged as the star pitcher he had been expected to be since high school.

“The mind has such an important role in being successful when you play a sport at a high level,” Giolito said. “As soon as I did the program and saw how I felt I was talking about it with other guys.”

One was fellow rotation mate Dylan Cease, who practices meditation and yoga. Another was Lopez.

The 26-year-old right-hander saw his ERA go the other way, from 3.91 in 2018 to 5.38 last season. When he was good, he was outstanding - a 14-strikeout outing in six innings against the Royals in April, a complete-game one-hitter with 11 Ks against the Indians in September.

But there were other starts, like the one before the Cleveland game, where he was knocked out in Atlanta in the first inning and allowed six runs. And too many more that didn't go well.

“Sometimes I made a bad pitch then I couldn’t get rid of it, that thought in my mind was always there, or a bad outing, it was always something,” Lopez said. “When something bad happened or I made a mistake, that thought kept on my mind.”

In order to try to change that, he spent most of his offseason in Los Angeles rather than his native Dominican Republic, working with Giolito, the Mets’ Noah Syndergaard and other starting pitchers. They worked at the Mamba Academy, the facility that late NBA great Kobe Bryant helped to start.

“I think everybody knows that this game is more mental than physical,” Lopez said. “Now I am in a much better place mentally and physically.”

He will need to be since the White Sox, who are hoping to end a 12-year postseason drought this fall, have brought in reinforcements for the rotation. Joining Giolito and Cease are veteran lefties Dallas Keuchel and Gio Gonzalez. Lopez has the fifth spot for now, but when rookie Michael Kopech is ready after completing his Tommy John surgery rehab early in the season, someone will have to move to the bullpen.

“I’m going to keep doing my job. I need to fight for it,” Lopez said. “You can’t be comfortable because there are a lot of people behind you that want the spot. That’s my mindset, I know what I need to do. I just have to have the confidence in myself.”