FOX 32's Kaitlin Cody has your Valentine's Day afternoon weather forecast and a look ahead at the weekend.

CHICAGO - Chicago residents woke up Friday to subzero temperatures on Valentine’s Day that were the coldest in 47 years.

The city recorded minus 2 degrees shortly before sunrise at O’Hare International Airport, according to the National Weather Service.

That’s one degree cooler than the city experienced in 1943 — and was also the coldest day so far this season.

But it’s still well above the coldest recorded Valentine’s Day on record in 1905, when the city saw temperatures of minus 11.

“Without much cold to this magnitude this winter, here is a reminder to dress accordingly,” the weather service said in a statement. 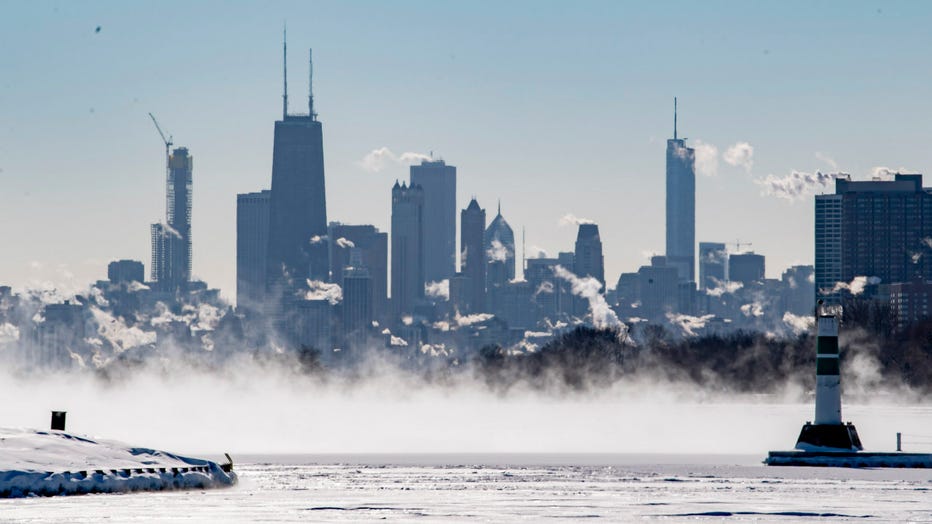 Temperatures will rise to a high of 14 to 18 degrees on Friday, according to the weather service.

The subzero temps follow a Wednesday night snowstorm that dumped 4 inches of snow at Midway and 3.5 inches at O’Hare international airports.

Temperatures will rebound by Saturday into the 30s, with a chance of snow to accompany it.

The City of Chicago has warming centers for those in need:

(DFSS Warming Centers are not open on weekday holidays unless specifically indicated. Hours and days may be extended under extreme conditions. Also, other City facilities might be designated  for warming purposes during off hours, That is why it is important to call 3-1-1  for information concerning Warming Center locations, especially during off hours and  on weekday holidays)