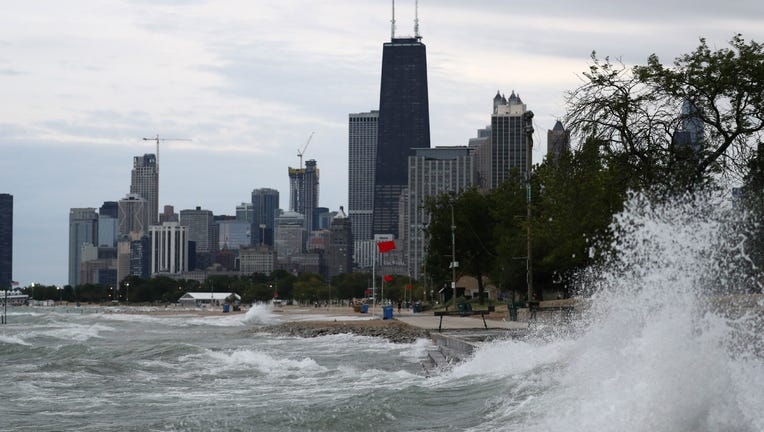 A small water craft advisory is in effect until 4 p.m. Wednesday from Wilmette to Calumet Harbor, according to the National Weather Service.

Meanwhile, a lakeshore flood advisory in Chicago remains in effect until 4 p.m. Tuesday.

Northerly winds could reach 30 knots and waves as high as 13 feet tall, the weather service warned.

“Inexperienced mariners … especially those operating smaller vessels should avoid navigating in these conditions,” meteorologists said in the weather service’s advisory.

Earlier Monday, the weather service warned of a “waterspout” threat to boaters, referring to a rotating column of water formed by a whirlwind over water.

While the waterspout warning expired at 9:15 a.m. Monday, a threat of high wind and waves remained.

GET FOX 32 WEATHER ON THE GO BY CLICKING HERE

There’s a 40% chance of rain in Chicago for the rest of Monday, the weather service said.

The remainder of the week is forecast to be dry until Friday night, when there’s a slight risk of thunderstorms.