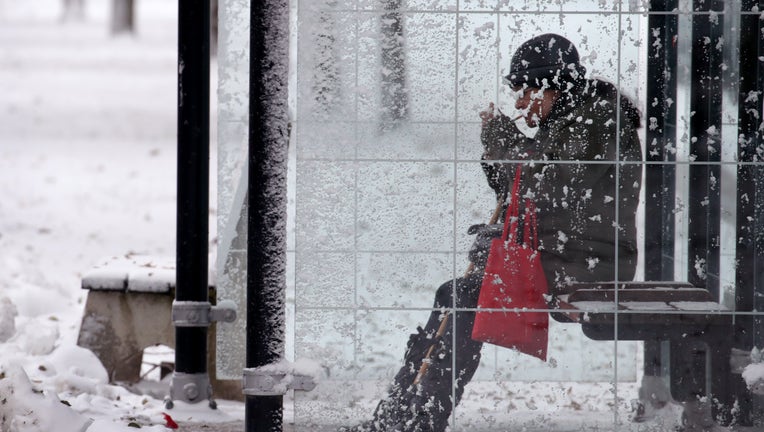 CHICAGO - Forecasters say the Chicago area is due for a round of snow Monday morning.

The current forecast calls for light snow spreading across the Chicago area Sunday evening and continuing into the morning hours, possibly into Monday afternoon, according to Todd Kluber, a National Weather Service meteorologist.

“Going into next week, it’s important for people commuting on Monday to prepare for this,” Kluber said.

It’s still too early to estimate how much snow will fall, but certain factors are pointing toward a decent accumulation, Kluber said.

Unlike previous snowfalls this season, temperatures should be in the 20s going into Monday, making the snow much more likely to stick, Kluber said.

The expected snowfall should break a month-long streak of meager accumulation.

Chicago has measured only 0.2 inches of snow so far this month, well below the average to-date snowfall of 3 inches, Kluber said.

“Winter can be hit or miss,” he said.

Due to a Halloween snowstorm that dumped several inches of snow, though, the city is already beating the season average snowfall by double with a total of 8.5 inches so far, Kluber said.