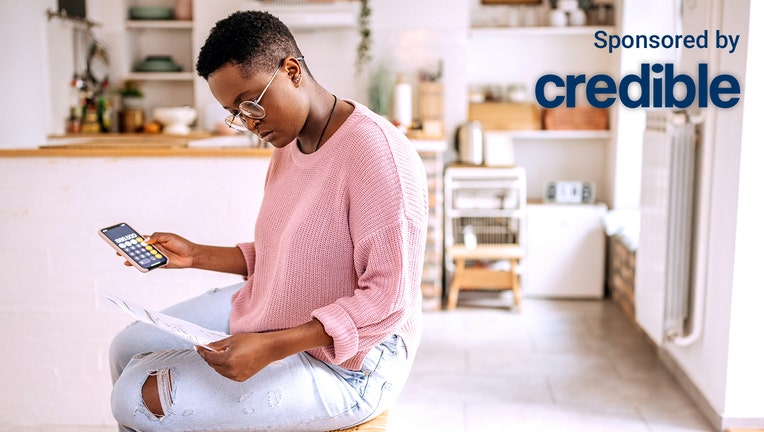 Senate Majority Leader Chuck Schumer said the White House is more open to canceling student debt than ever before. (iStock)

Student debt is one of the biggest roadblocks to the U.S. economy, and a burden that could be lifted off the shoulders of Americans "by the flick of a pen" from President Joe Biden, Senate Majority Leader Chuck Schumer, D-N.Y., said.

President Biden could be growing closer to canceling student debt, Schumer said during the meeting, and the White House "seems more open to it than ever before."

"I have told the president this is one of the most important things he can do to help our economy grow," he said

Any iteration of student loan cancelation would apply to federal loans, but not private student loans. If you have a private loan and are looking for ways to reduce your monthly payment, consider refinancing. Visit Credible to find your personalized interest rate without affecting your credit score.

Schumer said that he's continuing to push the current administration to cancel student debt, and has also been among many progressive Democrats urging Biden to do so for some time. Earlier this month, the president announced the fourth postponement of student loan payments, this time extending the forbearance period until Aug. 31.

"If loan payments were to resume on schedule in May, analysis of recent data from the Federal Reserve suggests that millions of student loan borrowers would face significant economic hardship, and delinquencies and defaults could threaten Americans’ financial stability," Biden said.

"This burden, which puts a cloud over your life, should be removed" Schumer said during the SDCC meeting. "[A] flick of a pen could do it. We must get this done, so we're working on it. We're making progress, folks."

While campaigning for the Oval Office, Biden promised to cancel $10,000 worth of federal student loan debt per borrower. However, voters have recently become doubtful that the president will deliver on that promise, according to a poll conducted by The Economist and YouGov. The poll found that the majority (59%) of respondents think that Biden will make little to no progress in student debt cancelation.

If you are looking for ways to lower your private student loan payments, consider refinancing for better loan terms. Visit Credible to compare multiple student lenders at once and choose the one with the best rate for you.

Lawmakers on both sides of the aisle have been critical of Biden's recent student loan forbearance extension, but for different reasons. Many Republicans, for example, say it is time for borrowers to move past the COVID-19 pandemic and begin making their payments again.

"Hardworking taxpayers are fed up with having their backs broken by this administration," Education and Labor Committee Republican Leader Virginia Foxx, R-N.C., said in a statement amid the announcement of the payment pause extension. "The outrageous extension of this moratorium contradicts the administration’s promise to the American public and without any basis other than the President’s sinking poll numbers.

Some Democrats, however, say that the president needs to move beyond extending the payment pause to cancel student debt through executive action.

"Make no mistake about it: this pause isn't going to stay forever, and the canceling of student debt is the way to go," Schumer said in his remarks during the SDCC meeting.

If you have private student loans that don’t qualify for debt forgiveness, one strategy to consider that could help lower your monthly payment is refinancing. Contact Credible to speak to a student loan expert and get all of your questions answered.