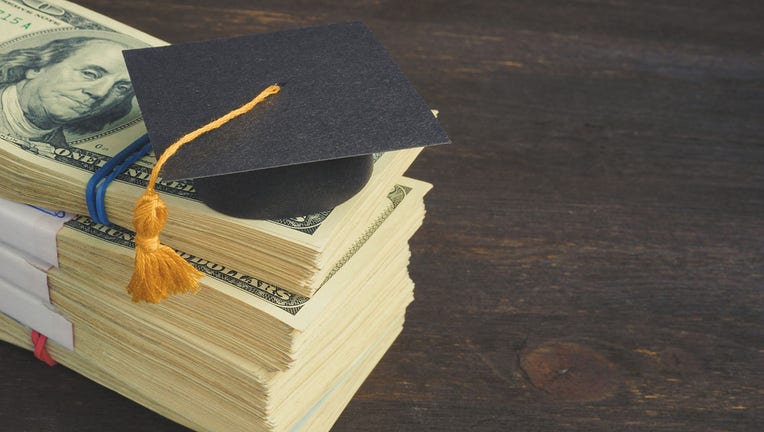 Speaking at The State of Student Debt Virtual Summit, Schumer renewed his call for debt cancellation, saying Biden has the authority to cancel student loan debt through an executive order.

"With the flick of the pen, President Biden on his own, without any congressional action or approval, could provide millions upon millions of student loan borrowers with a new lease on life," he said at the summit. "It would free these Americans to finally buy that house, save on the kids’ education, get going on starting a small business or going into the profession that they desire. It could unleash a wave of economic activity missing from our country today."

Student debt forgiveness would only apply to federal student loan borrowers. If you have a private student loan, you wouldn't meet the eligibility requirements. However, you can consider lowering your repayment plan costs by refinancing while interest rates are hovering near all-time lows. Visit Credible to find your personalized rate and see how much you could save.

Some Democrats disagree on whether the president has the legal authority to cancel student loan debt through an executive order. House Speaker Nancy Pelosi said at a press conference in July that the president does not have that authority, but can pause payments or create a forbearance period.

"People think that the president of the United States has the power for debt forgiveness," Pelosi said. "He does not. He can postpone, he can delay, but he does not have that power. That would- has to be an act of Congress."

However, Sen. Elizabeth Warren disagreed, saying earlier this month that Congress does not need to come together to pass student debt forgiveness because it can be done by the president.

"We don’t actually have to do anything in Congress," Warren said at a meet-and-greet in September. "The president of the United States has the power to cancel student loan debt on his own."

Due to the extended federal student loan forbearance period, federal borrowers are not required to make payments on their loans until the end of January 2022. But those with private student loans who don’t qualify for the COVID-19-related freeze could consider refinancing to lower their monthly payments. Visit Credible to compare multiple student loan lenders at once and choose the one with the best rates for you.

Despite Democratic lawmakers' opinions on what the White House should do about sweeping student loan forgiveness, Biden has yet to weigh in on what will be done.

Currently, the president has canceled about $10 billion in student loan debt, which is more than any other president, according to The New York Times. This includes cancelation for many borrowers, such as those with a permanent disability.

If you're struggling with your private student loans, which will not qualify for potential loan forgiveness, consider refinancing your debt to lower your monthly payments. Visit Credible to speak to a student loan expert to get all your questions answered and discuss your repayment options.