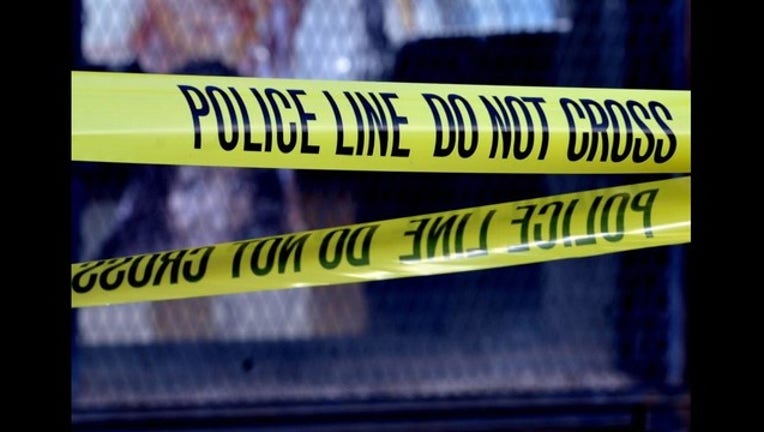 One man was killed and at least 11 other people wounded in shootings on the North and South sides in about a six-hour period between late Thursday and early Friday.

About 11:40 p.m., two men—35 and 19—were standing outside in the 8900 block of South Houston when a vehicle drove by and someone inside opened fire, police said.

The 35-year-old was shot in the upper left part of his chest and was dead at the scene, police said. The younger man was shot in the leg and was taken to Northwestern Memorial Hospital, where his condition was stabilized.

The Cook County medical examiner’s office did not confirm the death early Friday.

Police could be seen investigating inside a home next to Christ Life Church Chicago. Shell casings were in the doorway.

Shortly before 1 a.m., a woman sobbing and yelling, “My son. My son,” ran into the crime scene. Police advised her to go to Northwestern and she left shortly thereafter.

A neighbor, who has lived on the block for about a month, said she watched the shooting from her second-story window.

“A car came by, somebody hopped out and they did what they had to do,” she said, adding she heard six gunshots. “This is a quiet block. It don’t be no mess over here.”

The neighbor asked not to be identified for fear of retaliation.

“We gotta live over here with these people,” she said. “I don’t know who they are, but you gotta be careful.”

The most recent nonfatal shooting occurred in the Back of the Yards neighborhood.

A 22-year-old man was on the sidewalk in the 4300 block of South Wood about 4:50 a.m. when a vehicle drove up and someone inside shot him multiple times in the chest and neck, police said.

He was unresponsive at the scene and was taken to Stroger Hospital, where he was alive, but in critical condition, according to police.

About 30 minutes earlier, a man was shot several times in the Uptown neighborhood. The 21-year-old walked into Weiss Memorial Hospital at 4:21 a.m. with gunshot wounds to the back and arm, police said. He told authorities he’d been shot in the 5000 block of North Kenmore.

He was listed in serious condition, according to police, who said he is a documented gang member.

About 2:05 a.m., police found a man in the 6000 block of South Maplewood shot several times in the chest and groin. He was taken to Mount Sinai Hospital, where his condition had stabilized, police said.

Two men were shot in the Roseland neighborhood on the Far South Side about 1:40 a.m.

A 20-year-old man was walking in the 10700 block of South Wentworth when he heard shots and realized he was shot in the leg, police said.

Simultaneously, a 45-year-old man was driving on the block when he heard shots and realized he was also shot in the leg, police said.

The older man drove himself to Roseland Community Hospital and the younger man was taken there by ambulance, police said. Both their conditions had stabilized early Friday.

About 1:15 a.m. two men—24 and 26—were sitting on a front porch in the 9800 block of South Morgan when a silver car drove up and someone inside fired shots at them, police said.

Late Thursday, a man was shot while sitting on a porch in the South Shore neighborhood.

About 11:30 p.m., the 49-year-old was sitting with several other people in the 7400 block of South Kenwood when someone walked up and opened fire, police said.

The man suffered several graze wounds to his abdomen and was taken to Northwestern Memorial Hospital, where he was listed in good condition, police said.

Two other men were shot in the South Side Englewood neighborhood Thursday night.

The men, 24 and 29, were standing on a sidewalk in the 1100 block of West 59th Street at 11 p.m. when an unknown male walked up and fired shots before running away, police said.

The 24-year-old was shot in the right leg, and the older man was shot in the left leg, police said. Both were taken to Stroger Hospital where their conditions were stabilized.