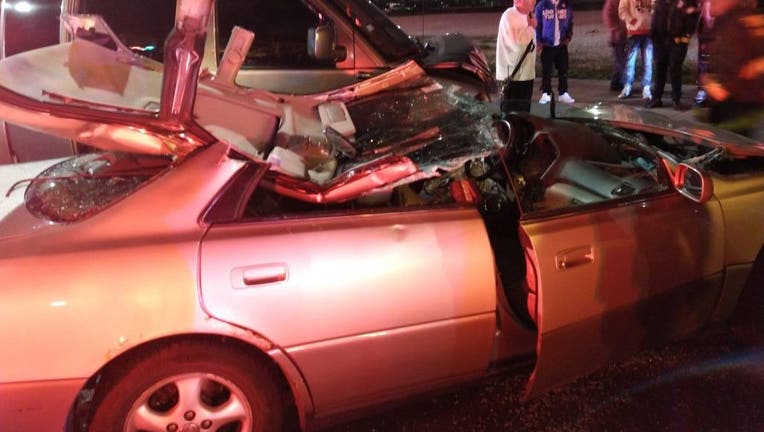 CHICAGO - A woman was killed and at least three other people were injured in a crash Thursday night in West Town.

The 58-year-old woman was driving her silver Lexus north in the 100 block of South Western Avenue when she attempted to make a U-turn and struck a Chevy minivan also traveling north, Chicago police said.

The woman was transported to Stroger Hospital where she was pronounced dead, police said. The Cook County medical examiner’s office identified her as Iriselda Carapia, a resident of Lawndale.

Her 17-year-old son was riding in the car and was transported to the same hospital in fair condition, according to police.

A 33-year-old man driving the Chevy and his passenger, a 36-year-old man, were both taken to the same hospital in good condition, police said.

Area Four detectives and the Major Accidents Unit are investigating.