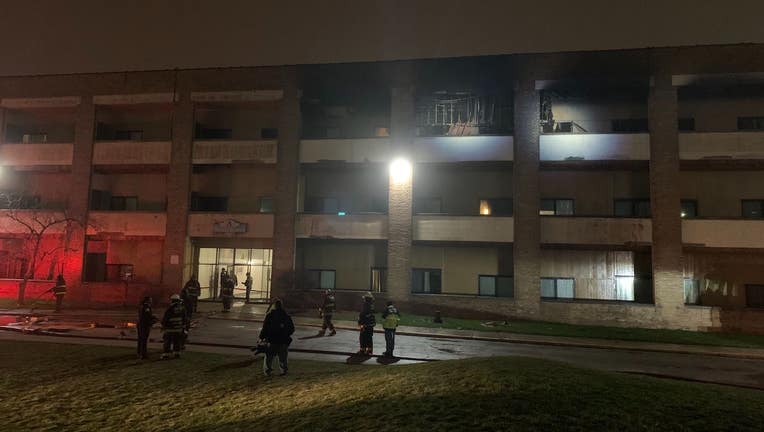 CHICAGO - An 85-year-old man died in a fire Friday at an apartment complex in Pullman on the South Side.

The blaze also injured a 35-year-old man and left at least 30 people displaced, according to Chicago police.

Firefighters responded about 12:30 a.m. to a building with more than 100 units in the 900 block of East 104th Street, according to the Chicago Fire Department.

The 85-year-old died at the scene and the 35-year-old, found in a separate apartment, was taken to Trinity Hospital in fair-to-serious condition, fire officials said. Police said the younger man suffered smoke inhalation.

The fire was out by about 1:40 a.m., according to the fire department. The cause was still undetermined, police said.

Shortly after the fire was extinguished, firefighters and residents milled about behind the apartment complex, where heavy damage could be seen in a third-floor unit.

Police wearing gloves and face masks led people out of the building in the direction of a CTA warming bus on Maryland Avenue, while other families sat in idling cars around the building to stay warm.