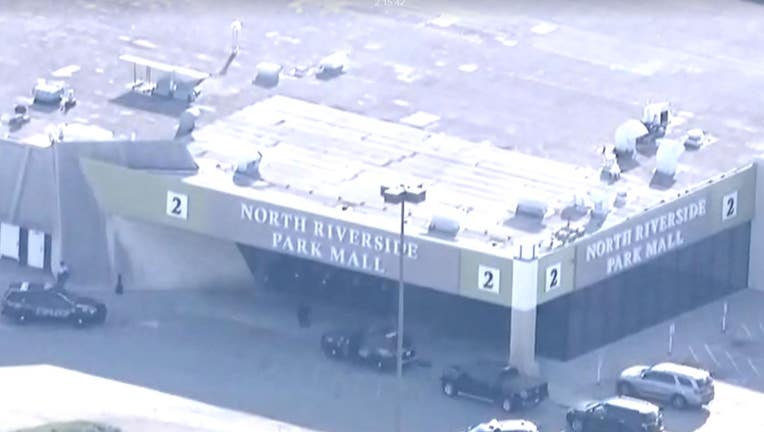 NORTH RIVERSIDE, Ill. - A domestic related incident that escalated into a targeted shooting took place inside the North Riverside Mall at 7501 W. Cermak Rd, in North Riverside on Friday at approximately 3:21 p.m.

According to the mayor of North Riverside, an argument started between two male individuals and resulted in a shooting.

The victim was taken to Loyola University Hospital and is being treated for two gunshot wounds.

The victim is currently alert and conscious.

Two suspects were stopped by the North Riverside Police Department who matched witness descriptions involved in the shooting.

The  suspects were taken into custody during a felony traffic stop.

The North Riverside Park Mall will be closed for the remainder of the day.