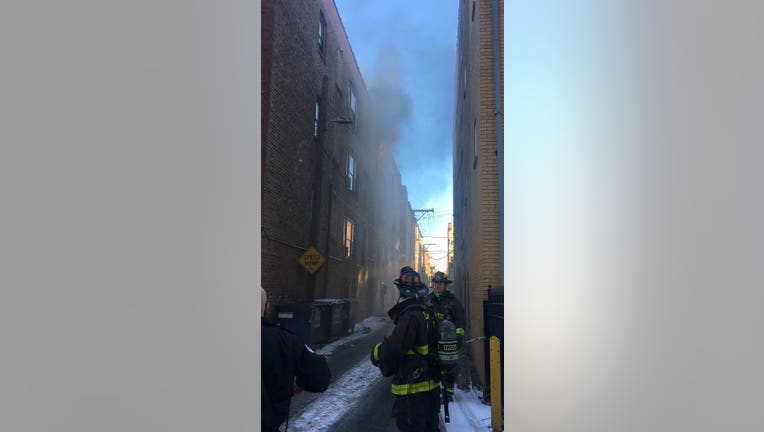 CHICAGO - One person was injured in a fire Friday at an apartment building in South Shore.

Firefighters responded about 4 p.m. to the blaze in the 6700 block of South Cornell Avenue, according to Chicago Fire Department officials.

A woman who suffered burns was taken to the University of Chicago Medical Center in serious-to-critical condition, officials said. Another person was being evaluated for smoke inhalation.

The fire was contained to one unit, and was extinguished by 4:30 p.m., officials said.