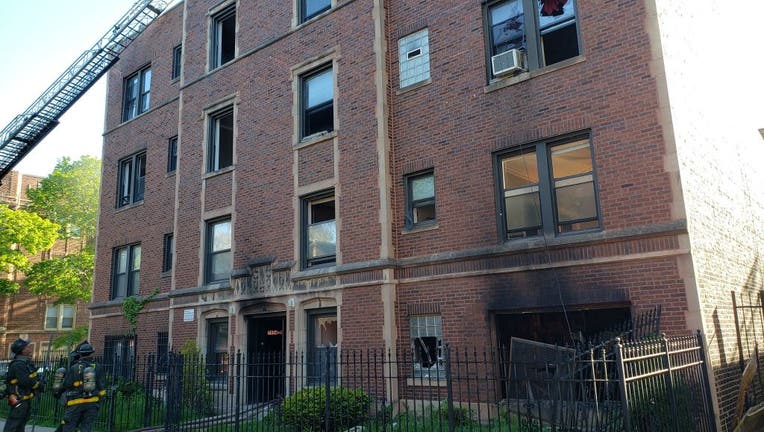 CHICAGO - One man was killed and another critically wounded in a fire Wednesday afternoon in Chatham, officials say.

The blaze broke out in a building in the 7900 block of South Maryland Avenue, according to Chicago fire officials.

Crews discovered the fire when they were returning from another call a block away and spotted the smoke, fire officials said.

A man in his 60s was killed, according to fire officials. The Cook County medical examiner’s office has not yet identified the man.

Another elderly man was transported to the University of Chicago Medical Center in critical condition, fire officials said.

At least 10 people were displaced in the fire.