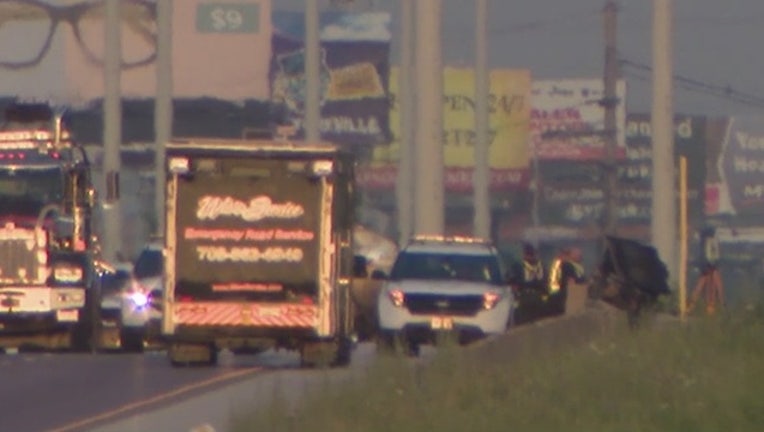 CHICAGO (Sun-Times Media Wire) - Authorities closed lanes on Interstate 55 Sunday on the Southwest Side after a fatal crash caused a large fire.

About 1:20 a.m., the truck was northbound on I-55 near Cicero when the driver lost control and the truck flipped over, state police said. The truck then slammed into the concrete barrier wall and burst into flames.

The male driver was ejected in the collision, state police and the Chicago Fire Department said. He was pronounced dead on the scene.

An autopsy Monday found he died of multiple injuries caused by a semi-truck striking a fixed object and his death was ruled an accident, the Cook County medical examiner's office said. His identity has not been released.

A 39-year-old man was taken to MacNeal Hospital in good condition, fire and state police said.

Firefighters were able to extinguish the flames that engulfed the tanker, but it remains on the scene hanging over a bridge over train tracks, state police said.

A taxi cab that was not part of the crash, but was close to the incident, caught fire, state police said. The driver refused medical attention.

Northbound lanes remain closed as crews work to clear the scene, but state police said they expect the lanes to reopen about noon.